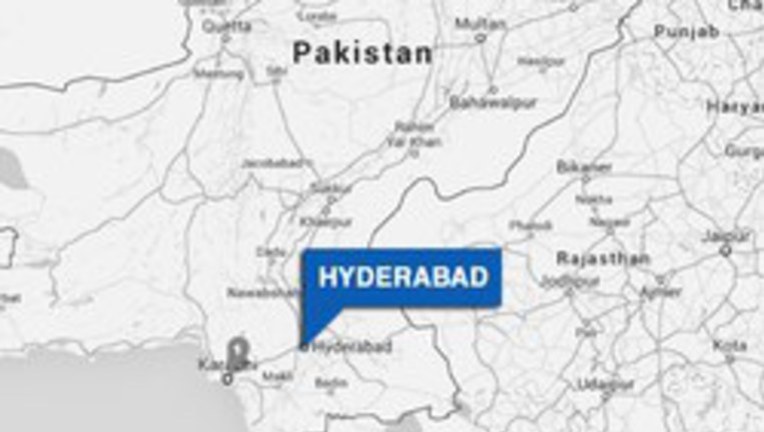 The order was passed on a petition filed by Syed Mohammad Khalid Imran, the brother of Mohammad Hashim who was arrested in the US journalist Daniel Pearl kidnapping and murder case and was imprisoned in the central prison before his release.

The petitioner was represented by Advocate Sher Mohammad.

He cited the federal interior and Sindh home secretaries, IGP, prisons IG and secretary and Hyderabad jail superintendent as respondents.

He said that his brother, Mohammad Hashim, was picked up by law enforcement agencies.

He was shown arrested in the FIR 24/2002 — the Daniel Pearl case was registered at the Artillery Maidan police station in Karachi — and was shown absconder in the case. He faced trial for about 10 years before the Hyderabad Anti-Terrorism Court (ATC) acquitted him on Oct 23, 2014.

The petitioner said that the ATC issued Hashim’s release order but the prison chief did not set him free.

An application was filed in the trial court which sought a report from the jail. Mr Imran said that he came to know that his brother was detained under the Maintenance of Public Order (MPO) ordinance for 90 days.

He stated that on the expiry of the MPO, he approached prison and was told that Hashim had been released. However, his whereabouts remained unknown, he added. He said his brother was being victimised and since he had been in custody since 2005, there was no question of his involvement in unlawful activities.

He prayed to the court to direct the respondents to disclose Hashim’s whereabouts and not to arrest him in any other case without the court’s permission.

Earlier, in his para-wise comments the Hyderabad jail superintendent stated that Hashim was released on Jan 21, 2015. He produced the prison record showing the release.

Cantonment Board Hyderabad (CBH) returning officer Omer Siddique Chaudhry on Monday issued notices to CBH hospital medical superintendent Dr Fareed Shaikh and two Pakistan Peoples Party candidates asking them to appear before him on Wednesday (April 22) after the candidates accused him of interfering in the election in their respective wards. The RO will decide the matter after hearing the two sides.

The ward-4 candidate Mohammad Ibrahim Qureshi and ward-5 candidate Nadeem Ahmed Arain have sent their joint application to retired Justice Mohammad Roshan Essani, the Sindh Member of the Election Commission of Pakistan (ECP), and copies to the station commander, RO and and other relevant officials.

According to the candidates, Dr Fareed Shaikh is interfering in the current cantonment board elections, particularly in their wards.

He is harassing and influencing clerical and minority staff for supporting them. The MS is issuing threats of termination of their services forcing voters to support PPP rivals in their wards. They alleged that Dr Sheikh was acting in violation of election rules and laws because a government servant could not involve himself in such activities.

They requested that either his service be terminated or he be transferred from his present post in order to ensure a fair and transparent election. They also called for legal action against Dr Sheikh.

A large number of sanitary workers belonging to religious minorities form part of the two constituencies.