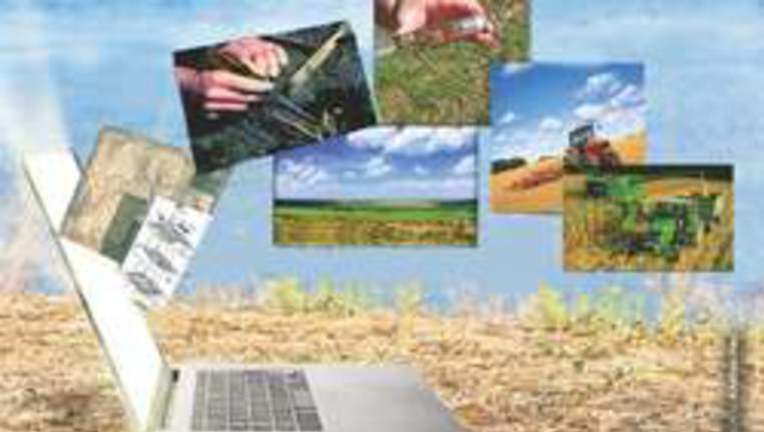 AN international seminar held at Faisalabad’s university of agriculture on May 14 was told that it was time Pakistan adopted precision agriculture.

Precision agriculture enables the farmer to produce more efficiently through rational and economical use of resources and balanced use of inputs. Chemicals are used only where and when they are necessary. The promotion of environmental stewardship is a key component of the new system.

Precision agriculture is still relatively new even in the United States where the concept first emerged in the early 1980s. Its application began in the 1990s when global positioning system (GPS) first became available for civilian use. Its use in agriculture enabled farmers to map their fields and measure crop yields in great details and apply inputs in precise quantities and locations using variable rate technology (VRT). It minimised overlapping applications of expensive seed, fertilisers, and pesticides. Sensors have been developed recently to rapidly assess the nutrient levels in soils and plants.

In Latin America, it was introduced first in Argentina in mid-1990s and then Brazil adopted it. But less than 10pc of France’s farmers are equipped with variable-rate systems. In a sense, it is a highly sophisticated system, requiring deeper technical knowledge on the part of its practitioners. But farmers in the Philippines, who don’t have GPS, do the job with a simple mobile phone. Once they press the appropriate buttons to answer questions about their farm practices, the information travels to a cloud-based server. Then computations are performed, and the recommendations travel back as a text message in minutes to the farmers.

However, what seems clear in theory can be tricky in reality. A researcher admits that precision agriculture in the United States, Europe, and Australia is carried out in fields that are 4.0 to 40.0- hectares in area, whereas farms in China, India, and many other developing countries are often 2.0- hectares or even less in size. Then, conventional precision farming requires mechanisation, big equipment, and sophisticated technology -- tools that are far beyond the reach of smallholder farmers. Scientists are not sure if this solution fits all. They know that introducing this technology to, at least, the least developed countries can mean pushing them to further misery. However, research in precision agriculture is expanding in the developing world today.

But farmers in the developing countries are at the moment more engrossed in the efforts to neutralise the disastrous impact of the climate change on their produce in the fields. The new phenomena like erratic weather conditions, unseasonal heavy rainfall, frequent floods and draught, scarcity of irrigation water have made farming a more difficult pursuit.

The government has not taken any significant step to protect the farmers and provide them with new technology and locally produced new seed varieties to meet the changed scenario, nor have taken any measures to educate growers about how to respond to climate change. Keeping in view the recent rains in the north and central parts of Pakistan and the sudden rise and fall in temperature, what the farmers need is a revision of their crop calendar. They need to start sowing the crop early so that they can harvest before heavy monsoon rains in late August and September.

One of the key findings of a recent WWF-Pakistan study is that climate change will likely have ‘a large cost on agricultural productivity’ in Pakistan. In particular, by 2040 assuming a 0.5 degree celsius increase in average nationwide temperatures, an 8-10pc loss is expected across all crops corresponding to Rs30,000 per acre. The report, produced in collaboration with London School of Economics, suggests that productivity of cotton and wheat crops (but not rice) can be increased by up to 49-52pc if five on-farm adaptation measures are carried out. Such gains are possible for those farmers who are currently not applying these measures, approximately half of all farmers in Sindh and Punjab.

The report proposes a low cost roll-out of state-sponsored climate field schools in which on-farm adaptation measures will be taught. The schools will impart to the farmers the knowledge of climate resilient methods within tillage, chemical input use, and crop husbandry and irrigation. The cost for Punjab and Sindh will be affordable and limited to five agro-climatic zones (excluding rice belts in western Sindh and eastern Punjab).

After the 18th Amendment, it says, several subjects have devolved to the provinces, but even the bigger provincial governments, Sindh and Punjab, have taken no measures to draw up their own climate adaptation policies. The provinces are just as responsible for ensuring water- and food-security as the federal government, but one finds no sense of urgency to respond to the magnitude of the challenge.

Meanwhile, it is interesting to note the claim of geologists based in Europe that the 7.9 magnitude earthquake in Nepal in April end was caused by climate change. They are of the opinion that the pressure that falls upon the underlying tectonic plates on account of excess rainfall and its ebb and flow in the river deltas of India and Bangladesh could have triggered the earthquake. But no country in this region is immune to excessive rainfall and hence could face similar fate as did Nepal.