Qadir helped me develop as a bowler: Imran Tahir 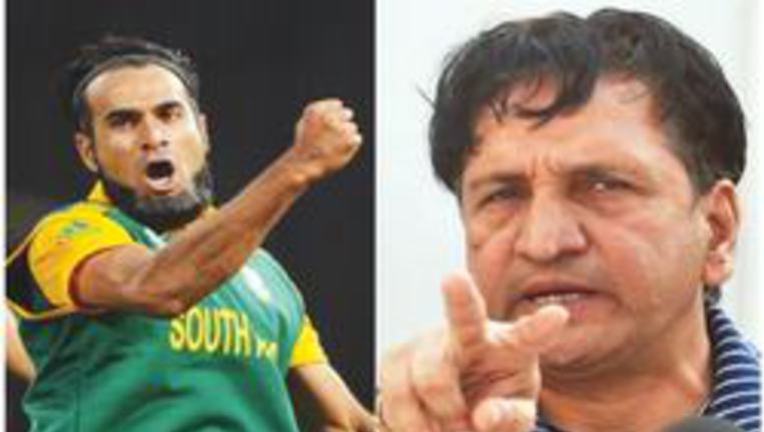 “Great Qadir has always been my ideal and his support and guidance has helped me in improving my bowling skills to a great extent,” he told a private television channel on Sunday.

Imran, who took a bagful of wickets for South Africa in recent international games due to his improved repertoire that includes googlies, flippers and leg-breaks, said he owed it mainly to Qadir’s genius. “I always admired Qadir for his brilliant bowling and has now learnt a lot from him,” said the Lahore-born player who migrated to South Africa about a decade ago.

Imran also credited his South African wife Sumayya for his success and added that she motivated him in difficult times during career.

“I thought my career was over when I conceded a world record 260 runs in both innings against Australia at Adelaide which was the worst- ever bowling in Test match cricket,” Imran recalled.“But my wife played a vital role in motivating me after such a disastrous performance and I am really thankful to her for that.”

Since making his first-class debut in 1996-97, Imran has played for ten teams from Lahore to Yorkshire to the Titans in South Africa. He has also had stints with three English counties including Middlesex, Yorkshire and Hampshire.

“There were lesser opportunities in Pakistan when I decided to go to England before migrating to South Africa,” recounted Imran.