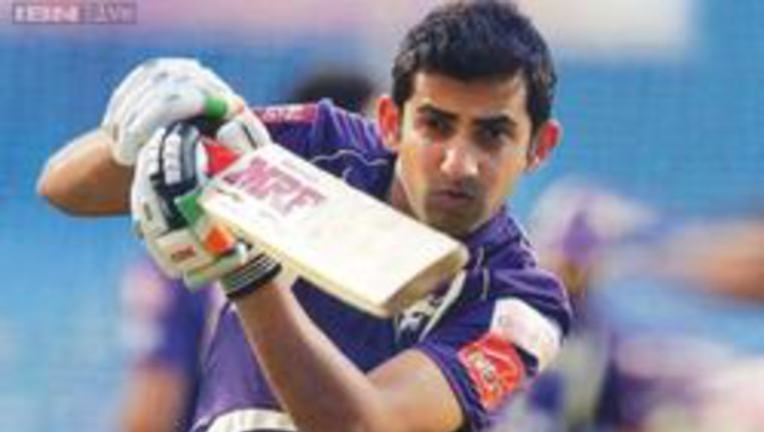 NEW DELHI: India discard Gautam Gambhir is training in Perth under former Australia test batsman Justin Langer to revive his international career, finetuning skills that made him the world’s number one test batsman in 2009.

The 33-year-old opener was dumped from India’s one-day squad in early 2013 and played the last of his 56 tests in England last year.

The Delhi southpaw has led the Kolkata franchise to two Indian Premier League (IPL) titles but is keen to return to international cricket.

To fulfill that, Gambhir has landed in Perth to train under Western Australia coach Langer, also a former left-handed opener.

“He built his game block by block, step by step. After the death of my coach Parthasarthy Sharma I was looking for someone who could understand my game. I wanted to give it a shot with JL and that is why I am in Perth.”

Langer played 105 Tests for Australia, often joining Matthew Hayden to form a formidable opening pair, before retiring in 2007 and take up coaching.

“I met JL briefly when he came to India with the Perth Scorchers during last year’s Champions League T20,” Gambhir said.

“I could instantly relate to him. What I like about JL is his intensity. His body language on the crease while batting or otherwise meant business. He is a no-nonsense guy and I like it that way.”

Gambhir’s schedule at Perth also includes gymnastic and martial art sessions and the Indian was determined to do whatever it takes to facilitate his international return.

“The idea is to improve my game and the rest is not in my hands. I am only 33, fit and hungry. Hopefully, working on my game in Perth will give me the extra edge for the coming season for Delhi or North Zone or India,” he said.