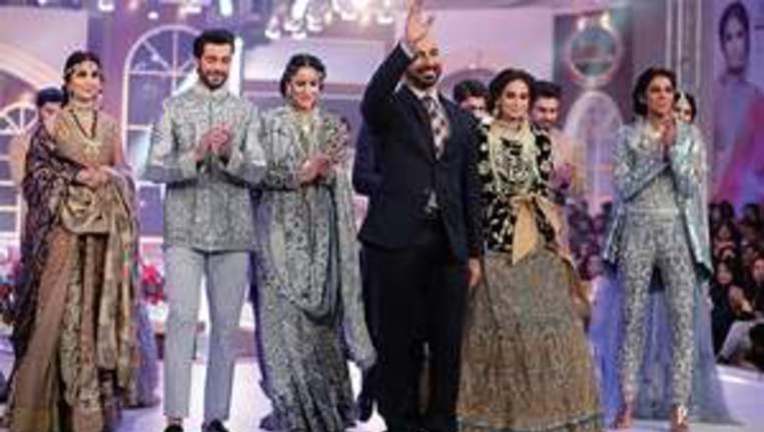 LAHORE: A total of 27 emerging and established couture designers and brands will be putting up a grand show during the three days of 11th Telenor Bridal Couture Week (TBCW) at Faletti’s Hotel. Each day is divided into two acts with five shows in the first and four in the second.

Things had picked up pace a day earlier on Thursday as a steady stream of models, bloggers and media began to arrive in the city and continued to do so till Friday morning with flights delayed at times due to bad weather and fog.

HSY’s fall/winter 2015 intricate and detailed collection was inspired by the mighty heavens and featured a soft colour palette with shades of blues and greys. It was an intense study of Western silhouettes while the focus remained on charcoal silver and rose gold embellishments in trademark HSY style. The jewellery for the segment was provided by Hamna Aamir.

Aisha Imran’s ‘The Heritage’ fused old with the new and paid tribute to the beautiful city of Lahore with cocktail dresses and more traditional lehngas and ghararas. Dabka, gota and pearl-infused embellishments on rich silks, velvets, crepes, organzas and jamawars was especially noteworthy.

Islamabad-based Shazia Kiyani displayed intricate craftsmanship and a passion for eastern culture in ‘Woven Dreams’ inspired by the works of William Morris. Traditional stitching such as mukeish and tilla and semi-precious stone work on ivory, beige, peach with a fusion of olive and red envisioned the look for the modern bride, according to the designer. Fiza Ali wore the showstopper creation.

Zarmisha Dar’s light-inspired collection saw embellished tulle and organza fabrics in dresses. It had a strong air of romance about it.

Nickie Nina’s ‘Neh Shikar’, a commemoration of wildlife in its natural habitat, made a strong statement by vociferously renouncing hunting of animals. The duo attempted to revive classic Rajput-era cuts with a modern twist in fabrics such as silk, jamawar, organza and velvet with silk thread and zardozi work displaying hunting scenes and natural habitat of woodland creatures.

Zaheer Abbas’ Baad-i-Naubahar based on a sonnet by poet Faiz Ahmed Faiz depicted the longing of a beloved through black, pastel pink and maroon colours with hand embroidery and gold to silver embellishments. Floral patterns were also employed to highlight intricacy of the rich verses.

Sara Rohale Asghar with the collection ‘Blooming Rose of Eve’s Garden’ showed her take on “elaborate garments with esthetically laden embellishments and ethereal silhouettes”. Iffat Omer walked the ramp in a showstopper dress for Sara.

Finally, bridal couturier Honey Waqar presented ‘Chand Begum’ that chose to celebrate a woman’s sense of self through love, intellect, healing and empowerment with a power to create, nurture and transform.

Hair and make-up of the models on all days will be taken care of by N-Pro and N-Gents, choreography by HSY Events, show direction by Hum TV and media management by Take II. 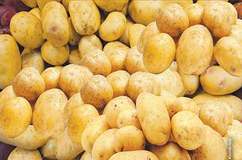