Prawn biryani on the beach 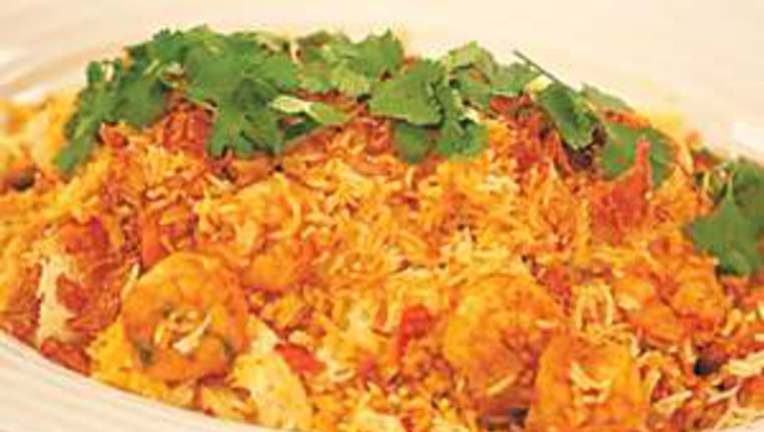 Manuela is an Italian pioneer on our beach in Sri Lanka, having bought her property some 25 years ago. She built a few basic cabanas that we stayed in while our beach house was being built, as well as a restaurant that served good, simple Italian food. In the process, she taught a number of local ladies how to make easy sauces like pesto and tomato-based ragu. Bruschetta, the uncomplicated Italian starter, also featured on Manuela’s brief menu.

Now she has sold her beloved Suriya Gardens, and the new owners have installed an American chef for the first few months. Mike trained at the prestigious Culinary Institute of America and thus learned the intricacies of classical French cuisine. Here, however, he has decided to cook from a small fusion menu influenced by Sri Lankan recipes.

Our first meal cooked by Mike was a bit of a mixed experience. The starter was simple and simply outstanding: small quartered potatoes with their skin on were boiled until they were close to breaking apart. They were then sprinkled generously with olive oil infused with a little powdered cumin, salt and a pinch of crushed red chillies. A bit of finely chopped parsley went over the top to finish the dish.

A prawn curry in coconut milk followed; this was a bit bland and did not measure up to the starter. More disappointing was the grilled tuna that was the main course. I think the quality of the fish was at fault, rather than Mike’s cooking. I suppose it’ll take him a little time to familiarise himself with the local produce.

A new development on our beach has been the emergence of a couple of dhabas. Both offer a range of seafood dishes. The older one does fairly decent sautéed prawns and a basic squid curry. However, the latest addition has more sophisticated dishes on offer. We had an excellent calamari dish cooked in coconut milk, and a large fillet of seer cooked on an open fire, wrapped in foil. The spicing was perfect, with cumin, lime and a little chilli. An excellent fried rice went well with the seafood.

On my recent visit to Karachi, I picked up a collection of Hyderabadi dishes by Geeta Devi called The Jewels of Nizam [sic]. Flipping through it, I came across a recipe for a prawn biryani. Now I am no huge fan of biryanis, preferring the more subtle pulao. But it’s hard to get good local meat in Sri Lanka, so I thought I’d show Nandi, our wonderful housekeeper and cook, how to make a proper biryani. Sri Lankans have their own version they call ‘buryani’, but this is dryer than the ones I am used to.

I started off by making a prawn salan with the usual fried onion base. Fry the sliced onions till they are a crisp brown, and save half for the garnish. You will need a kilo of shelled, cleaned prawns, half a kilo of basmati rice, a tablespoon of garlic-ginger paste, a teaspoon each of chilli powder and garam masala, quarter teaspoon of turmeric, four sliced green chillies, two tablespoons of lemon juice, a tablespoon of whole garam masala, a pinch of saffron, soaked in a cup of warm milk, half cup of fresh coriander leaves, quarter cup of mint leaves, salt to taste and ghee.

I have been reunited with desi ghee after decades of being lied to about its evils by an ignorant medical community. Finally, we are told it is much better for us than the rubbish marketed as vegetable oil and suchlike. Start by melting some ghee and browning the onion; remove half, and add the garlic-ginger paste, and fry; next, add the turmeric, red chilli powder, garam masala; now add the prawns and a cup of water and cook on medium heat until the prawns are just done (three to four minutes).

Meanwhile, cook the rice with the whole garam masala till it is cooked three-fourth of the way. Now, in a heavy-bottomed pot, put two tablespoons of ghee, then add half the rice; next, layer in the prawns before adding the remaining rice. On top, sprinkle the milk with saffron, the other half of the fried onion, the sliced green chillies, the mint and coriander leaves. Seal the pot with cloth or foil before putting the lid on it with a weight to keep the steam in. Now place the pot on a very low flame, and allow the biryani to cook for a further 10 minutes.

Mix it all well, making sure the ghee at the bottom is evenly distributed. Serve hot with raita. 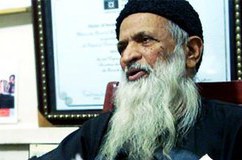 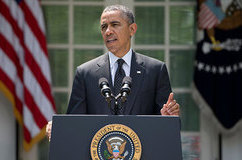 US reiterates support for Afghanistan