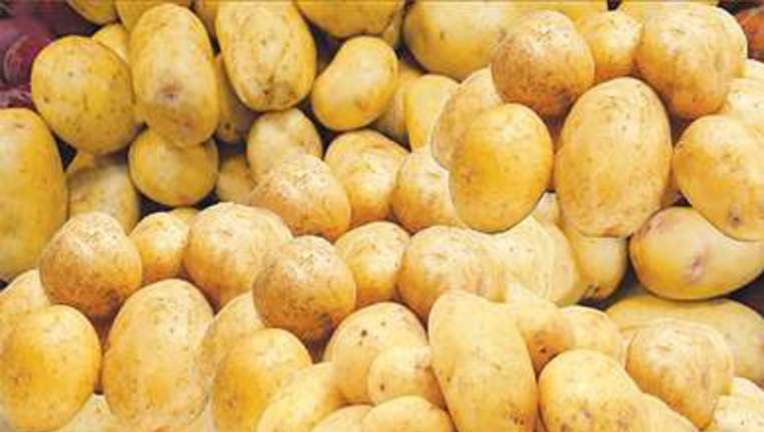 AS the early harvesting of potato begins in Punjab, with the provincial government and farmers hoping for a better crop, it may be time for the federation to start planning about its export.

While farmers and the Punjab government differ widely on the actual size of the crop, both agree that it will be much higher than its domestic requirement.

However, before promoting its export, Punjab needs to find ways of ascertaining the exact size of the potato crop. The farmers think that the crop’s actual size might be a little less than 6m tonnes this year. Meanwhile, the provincial agriculture minister, Dr Farrukh Javed, has put the figure at 3.9m tonnes — almost 33pc less than what the farmers claim.

The minister says the crop was sown on 400,000 acres, but the farmers, without quoting any figure of their own, dispute the number. “It is simply impossible to produce 6m tonnes out of 400,000 acres, given the crop’s low average yield,” they claim.

With domestic consumption hovering around 2.3m tonnes and another 500,000 tonnes reserved for meeting seed requirement, the country will definitely have a surplus crop to export.

This year, things are normal for the world market. So Pakistan has a better chance when compared to last year’s adverse export environment.

For export promotion, two steps might be of vital importance in the domestic context: some kind of freight subsidy and the provision of liquidity to exporters. Last year, the well-off ones had literally thrown away their potatoes by the end of the season when prices had fallen below Rs6 per kg. They suffered huge losses and might be facing a financial crunch for further investing in the trade.

Most exporters say they have huge money stuck in the Afghan market as well, where they send potato informally. The traders there also lost money and stopped payments in the process. This needs to be taken care of before the fresh glut starts hitting the market in two weeks.

The famers have produced the crop and the only incentive they need now is prices to stabilise above their cost of production. But the early clues are not encouraging. The prevalent wholesale market price in central Punjab (where bulk of potato is produced) is less than Rs15 per kg.

At this price, only progressive farmers are reported to be breaking even, and the smaller ones might be losing money. In the next week or so, fresh arrivals will gain momentum and the price may fall further.

In order to save farmers from a price crash, export activity has to pick up pace. This is where the federal government could chime in with some kind of freight subsidy (especially for early shipments) to create a balance between export and domestic prices.

Otherwise, the exporters will only wait for, or engineer, further price crashes before they start buying the crop for onward foreign selling and make money at the cost of the farmers.