ECP issues notice to Imran, Fazl for violation of code of conduct 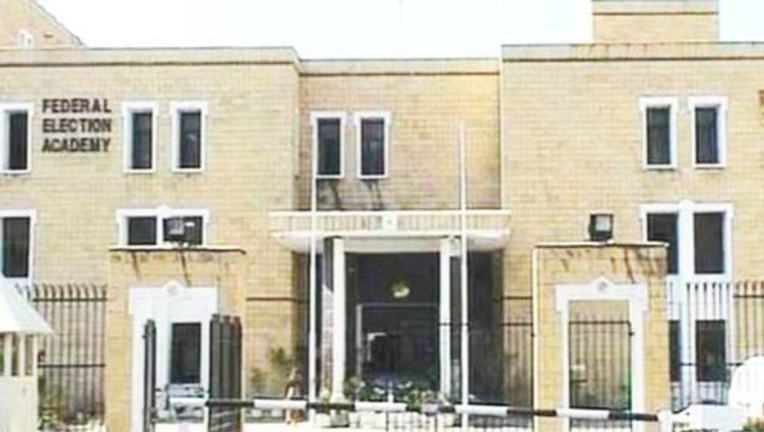 ISLAMABAD: The Election Commission of Pakistan (ECP) has issued notices to Pakistan Tehreek-i-Insaf (PTI) chief Imran Khan and Jamiat Ulema-i-Islam-Fazl (JUI-F) chief Maulana Fazlur Rahman for violation of the code of conduct ahead of by-elections in PK-8 (Peshawar).

An official of the ECP told Dawn that district election commissioner Inayatullah Khan Wazir, who is returning officer for the polls scheduled for May 12, had issued the notices.

He said the returning officer is likely to refer the case to the ECP in the next two days. After receiving reports about the two party chiefs’ visit to the constituency, warnings were issued reminding them of blatant violation of the code of conduct.

According to the ECP official, under the code of conduct issued for by-polls all public office holders, including members of the national and provincial assembly, have been barred from visiting the constituency after annou­ncement of election schedule till the culmination of the electoral process.

The code of conduct reads: “After the issuance of Schedule of by-election, the President, Prime Minister, Chairman/ Deputy Chairman Senate, Speakers of Assemblies, Federal Ministers, Ministers of State, Governor, Chief Minister, Provincial Ministers and Advisers to the Prime Minister and the Chief Minister, Members of the National Assembly/Provincial Assembly and other public office holders will neither visit the area of any constituency nor shall openly or secretly give any subscription or donation or make promise for giving such subscription or donation to any institution of a constituency, nor shall inaugurate, commit to undertake or announce any development project therein for the advancement of the campaign of a candidate of his choice and thereby influence the results of election.”

Central leaders of the Awami National Party (ANP) on Monday visited the ECP and urged it to take action against PTI chief Imran Khan for using government resources on media coverage of the by-poll.

Mr Khattak said no action was taken by the ECP to show that it was independent.

Over 100 incidents of violation of the code of conduct were reported by the ANP but the ECP remained unmoved, he added.