Langer in no rush to coach Australia full-time 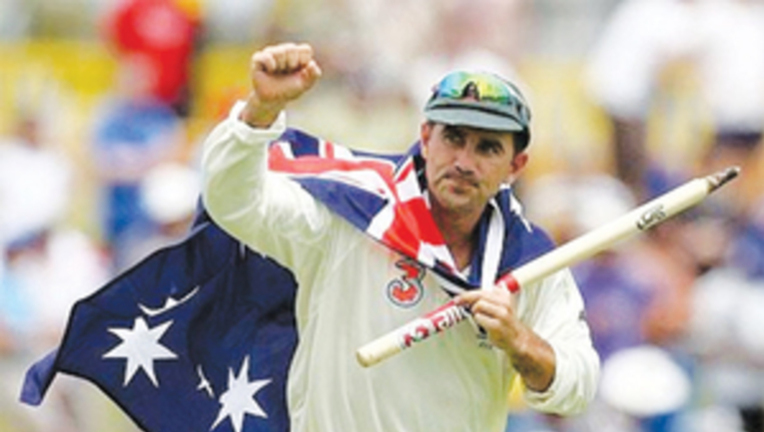 SYDNEY: Justin Langer insisted on Thursday he is in no rush to be Australia’s next coach as he prepares to lead the team on their tour of the West Indies with Darren Lehmann resting.

The former Test opener is filling in for his ex-team-mate, who developed deep vein thrombosis earlier this year, during next month’s one-day tri-series in the Caribbean which also features South Africa.

While Lehmann has no plans to step away from the job in the foreseeable future, he has already anointed Langer as his potential replacement.

“I think the natural progression would be to one day coach the Australian cricket team, or certainly that would be an aspiration,” Langer told the Cricket Australia website ahead of the team’s departure.

“But I also know, having lived that life for so long, that you’re away from home for 11 months of the year and I also don’t think we can underestimate the importance of the role I’m doing at the moment as the head coach of one of the state teams.

“So who knows what will happen in the future.”

Langer is currently coaching Western Australia in the Sheffield Shield and the Perth Scorchers in the Twenty20 Big Bash League, and will fill the national job for the first time.

Prior to his Western Australia appointment, Langer, who played 105 Tests and scored more than 7,500 runs, worked as a specialist batting coach with the Australian team.

He also had talks about the England coaching role last year, but decided against it with the job eventually going to fellow Australian Trevor Bayliss.

“It just didn’t feel right,” he said of the England job, adding: “It would have been difficult looking over at all my mates singing the Australian national anthem and I’m in an England tracksuit singing the English national anthem.”

Australia begin the tri-series in Guyana on June 6 against South Africa before facing the hosts four days later at the same venue.

The round-robin tournament sees teams play three matches against each opponent, with the top two advancing to the final on June 26 in Barbados.

“Certainly this West Indies tour I’m looking forward to it, but I’m doing it with the respect it deserves,” said Langer. “I’m helping Darren out, I’m going to make sure the ship keeps running nice and smoothly in his absence and I think that’s the respect I can give him, it’s the respect I would expect if someone else was doing [for me] what I’m doing for him.