Exhibition: Ode to the soil 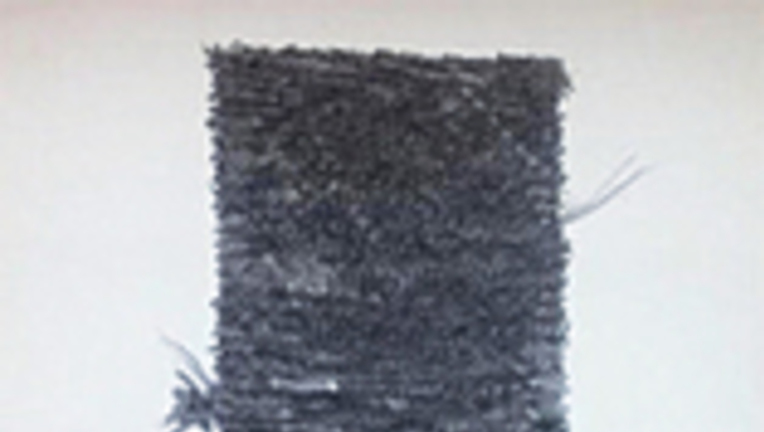 The high turnover of art shows, at least in Karachi, makes it difficult to revisit and spend time with a collection, and mull over the sensitivity, quality and nature of it. Artists’ works are exhibited for a short duration of a week or less, with galleries lined up with back-to-back shows. This hardly gives time to digest or bring the art into thoughtful discourse.However, a recent two-person show at Chawkandi Art Gallery, Karachi, made one want to revisit the gallery and stay with the work. The meditative and intense drawing-based sensibility of two new artists from Sindh, Farooque Ali Chandio and Mujeeb Lakho, introduced by the gallery in their first show, seemed to be an exceptional break from much ‘in the face’ art and performance of today, and away from its noise.

Educated at the University of Sindh, Jamshoro, Chandio comes from Dadu, and Lakho from Khairpur Mirs. What draws one to the work is the simplicity of the approach each artist follows, as if a line. Line extends to become the jainamaz (or prayer mat) in Lahko’s intense graphite cross-hatching. Like a mashq, he weaves the continuous criss-crossing of the date chatai (mat) as a symbol of community and strength. Chandio uses graphite, pen and ink to study the linear intricacy of the weave of the traditional straw chaabri used for keeping bread.

Both artists seem to have crossed the representation that they set out to depict, and produced a profound body of intricately drawn / painted imagery. The spaces that each creates are so meditative simply by the repetition of the line and form that the prayer rug, for example, becomes an image of adoration, as if it could encompass the secrets and pathways of both the material and the intangible. Yet, their abstraction is an outcome of a deep commitment to their social milieu; for art which grows out of a lived experience is far more convincing than that which is exported and appropriated from external sources.

Quite humbly, the artists walk us through the show, and speak with passion about their process and concept. Both are students of teachers such as Najeebullah Shah Rashidi, Ali Nawaz Phulphoto and Ghulam Qasim Khaskheli, who were there to support them, one felt a strong sense of pride and respect amongst the teachers and fellow students. This is the kind of nurturing perhaps missing in the big cities, where art students get caught between competition and politics of the art world.

Lakho listens to the music of Sarmad Sindhi while painting. His inspirational songs are about unity, and as he listens, he feels that he is also weaving a mat, a prayer rug, or a clean surface to eat on. They become a source of identity for the artist. The subtle tonal shifts of greys meander into pathways of the soul, to an introspective space, where the artist recreates the broken bonds or dreams of his surroundings. Many of the compositions show signs of an aging form. The artist looks for aging faces, mostly of elders, and renders the most sensitive and accurate drawings of them.

Chandio’s central image is a circular plate of wicker, which he relates to the sharing and distribution of food in a community. The motif of the traditional chaabri speaks of survival and sustenance in the arid province. Chandio uses graphite, and pen and ink, but breaks his compositions with the amber of tea washes. He further breaks the circle into squares, this division is central to the progression of his enquiry into the social. A dense black frames one of the works and literally signifies the bleak and dark environment.

Chandio’s division is reflected in the continuous connection of the square and the circle used by both artists. These reflections of hopelessness find strength because, contrary to contemporary sensibility, they resist the deconstruction of form. Instead they build on it stories of hope.