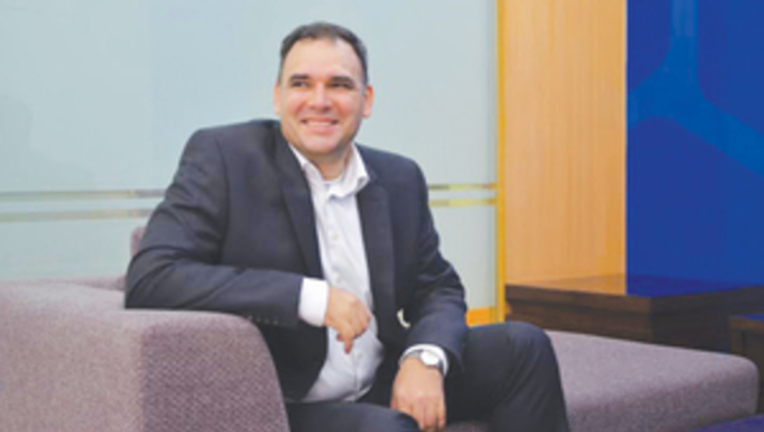 Businesses hate competition because it limits their power to manipulate the market, forces them to invest in quality and cuts into their profits.

But Bruno Boris Olierhoek, new managing director of Nestlé Pakistan, isn’t afraid of competition at all. He wants more firms to enter and invest in the country’s underdeveloped packaged food market, especially in the pasteurised milk business, to pump more money in the rural economy and foster growth.

“Companies hate competition but Nestlé isn’t. We want greater competition because it helps build the market; it is good for market growth,” Bruno said in an exclusive interview with Dawn, his first with any media outlet ever since he took his new job at Nestlé Pakistan in September last year.

Growing small size of the market and creating jobs by attracting new investments in the packaged milk industry is the real challenge that both existing players and the government should worry about, he argued. The bigger the size of the pie, the better returns for the competitors and more tax revenues for the government.

Packaged food, milk and beverages make up hardly one-tenth of the total food and juices consumed in the country. Pasteurised milk constitutes a little more than 5pc of the annual consumption of roughly 44bn litres of milk although the first box of UHT treated milk had hit the market in the early 1980s, something Bruno calls as a ‘missed opportunity for Pakistan’..

“It is quite an oddity,” the managing director of the country’s oldest and largest producer of UHT milk said of the tiny size of the country’s processed milk market. Listing low competition as a major factor hampering growth of the pasteurised milk industry, he said the increase in competition will help expand the market size and make the economy more dynamic.

Other reasons impeding processed milk market size growth include absence of laws imposing minimum pasteurisation and processing standards, lack of quality control on loose milk, and strong belief that untreated milk is closer to nature and healthier. “That explains we are where we are,” the top Nestlé Pakistan executive asserted before adding that the packaged food market is on the verge of take-off as economy recovers from its slow-growth mode and consumer purchasing power increases.

He sees tremendous growth potential for packaged food, milk and beverages industry in Pakistan as its population is urbanising rapidly and the demand for hygienic, label products growing fast owing to rising income and changing lifestyle of the middle class households. Nutrition related issues and low penetration of packaged food products in the rural areas, too, offer a huge opportunity for business growth.

But he cautioned that the government’s tax and regulation policies could hamper the industry’s growth by delaying new investment and realisation of the market potential at the expense of both public health and jobs. He, for example, pointed out that withdrawal of zero-rating regime for packaged milk from next financial year will push its price by Rs8-10 per litre, further widening the existing price gap between pasteurised and loose milk available in the market, forcing consumers to return to unregulated market and discouraging new investment and job creation in the documented processing industry.

We understand the government’s compulsions to raise more taxes but nutritional products must not be overly taxed, argued Bruno, who had worked in different positions across Asian and African markets in addition to serving the world’s largest food company at its global headquarters in Switzerland before coming to Pakistan.

“The unorganised sector doesn’t pay taxes; it doesn’t have resources to maintain the nutritional quality of milk. The government can collect lot more tax revenues, and tackle several nutrition-related public health issues by boosting consumption of pasteurised milk through regulatory interventions and imposing controls over quality of loose milk sold in the market. Turkey could be a good example for Pakistan to follow,” the Nestlé Pakistan boss argued.

Turkey has regulated and documented almost three quarters of its milk economy since 2002 by passing a minimum pasteurisation law that ensures minimum quality standards, and offers several incentives to farmers selling their product to the processing companies. Before that pasteurised milk formed only one-tenth of the production. Consequently, Turkey’s milk production has almost doubled to 17.4m tonnes, tax revenue is up by half a billion dollars with the expansion in the size of the organised sector, and milk exports surged from $24m to $230m.

Bruno is of the view that continuation of zero-rating regime for the milk processing industry and implementation of minimum pasteurisation laws and uniform quality and hygiene standards across the country are critical to encourage future growth and new investments in milk processing.

Managing and growing businesses in Pakistan can be quite challenging at times because of poor security, energy crunch, infrastructural gaps and (inadequate or excessive regulations). “Many other countries had to go through all of this; it is not new to Nestlé. We’re happy to be here. We go to a market for long-term,” Bruno said and added: Pakistan must ensure policy consistency to compete with other markets (where Nestlé operates) for investment in capacity expansion and job creation.

Milk and milk based products remain the dominant business of Nestlé Pakistan, contributing to more than three quarters of its sales revenues of Rs103bn last year. The new investment of nearly Rs33bn made in capacity expansion, distribution and sales network, and milk drying and collection facilities since 2011 have helped the firm double its sales and create 1,646 direct jobs at its factories and corporate office. The quick spike in revenues is attributed to rapid rise in sales volume rather than to price increase over time.

“Though higher risk justifies higher margins, it is a different story for Nestlé in Pakistan,” Bruno said in an obvious reference to Pakistan’s status of frontier market. “Our global margins are higher than in Pakistan. We do have margins that allow us to do business, invest in our factories here, help farmers increase their productivity and stock, create jobs, and invest in the environment and public health,” Bruno added.

Milk will remain an important part of his future growth strategy for Nestlé Pakistan but Bruno is also focusing on the firm’s other business segments. “We’ll grow our coffee, juices and noodle businesses (to increase their share in the sales revenues) and are exploring the possibility of exporting our juices to the Middle East (the firm is already exporting its products to neighbouring Afghanistan and Tajikistan). It’s what we’re aiming to do in Pakistan,” Bruno concluded.