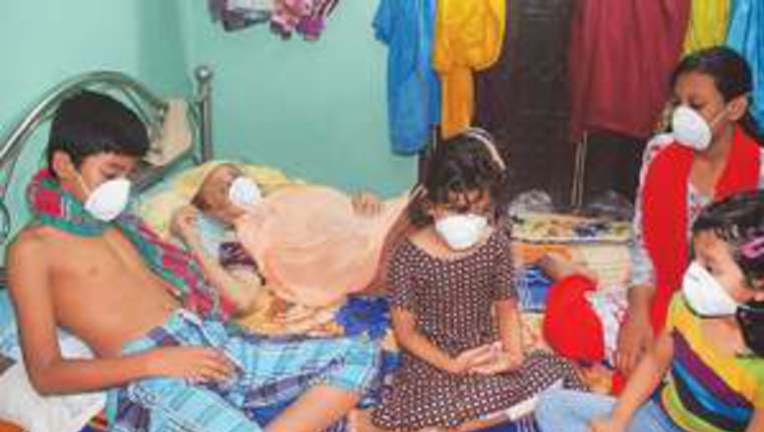 Police and fire officials said hundreds of residents were also evacuated from their homes near the di-ammonia phosphate (DAP) plant in the port city where a 500-tonne capacity ammonia tank exploded late on Monday.

Mesbah Uddin, the district’s chief administrator, said that 56 people had been admitted to the Chittagong Medical College Hospital after the gas leak, none of whom was in a life-threatening condition.

“Eight have been discharged. Forty-eight people are still in the hospital today but they are out of danger,” he said. “Around 150 people were given first aid locally,” he added.

Firefighters battled through the night to halt the leak and finally declared that the situation was under control in the mid-morning.

“We used loudspeakers to urge people to evacuate the area. Hundreds did leave but they came back after the situation improved,” said Mesbah Uddin.

The local police chief Rafiqul Islam confirmed that hundreds of workers from nearby factories had also been ordered to leave their premises.