Trump refuses to assure US he will accept election results 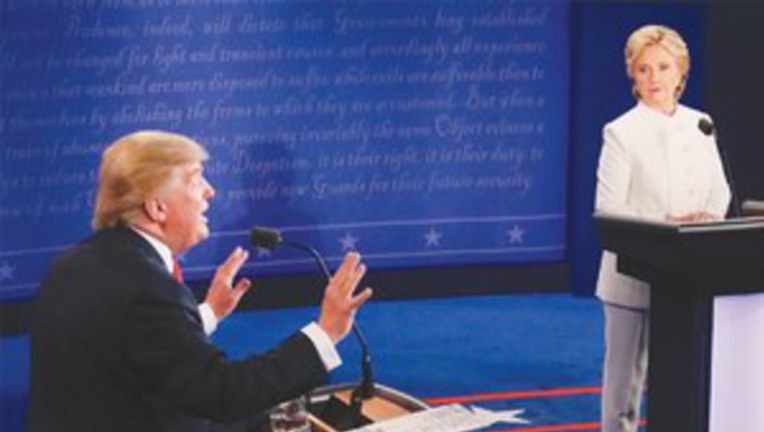 WASHINGTON: In the third and final debate on Wednesday night, Republican Donald Trump became the first US presidential nominee in history to say he wouldn’t necessarily accept the results of elections to be held on Nov 8.

The refusal came when moderator Chris Wallace, a Fox News anchor, tried to persuade Mr Trump to pledge that he would not dispute the election results if he were to lose.

The eccentric billionaire — who is lagging behind his Democratic rival Hillary Clinton — initially tried to duck the question.

But Mr Wallace insisted, reminding him that “a tradition in the country — in fact, one of the prides of this country is the peaceful transition of power… at the end of the campaign the loser concedes to the winner”.

Mr Trump’s defiant reply was: “I will tell you at the time. I’ll keep you in suspense. OK?”

About the allegations of sexual harassment, now from almost half a dozen women backed by witnesses, Mr Trump had a simple answer: a complete denial.

“They were all totally — it was all fiction. It was lies, and it was fiction,” he said. “Those charges… are false.”

But few believe his denials. A series of opinion polls conducted in the last two weeks show that most Americans believe the accusers. As the Washington Post pointed out, Mr Trump is now the most unpopular presidential nominee in recent US history.

The Republican candidate said it was all part of a grand conspiracy to steal the election from him. He even hinted that the Clinton campaign might have paid the women to make those claims.

He said the allegations were so baseless that “I didn’t even apologise to my wife, who’s sitting right here, because I didn’t do anything.”

He then explained how “the establishment was trying to steal the election” from him: registering millions of ineligible voters, possible voter fraud on polling day, and using the media to propagate false charges against him, including those of sexual misconduct.

He said this was why he had suggested that he might not concede the election if he lost.

As in the last two debates, Mr Trump tried to invoke the fear of the Muslim militants, hiding inside the United States and waiting to strike.

“We are going to stop radical Islamic terrorism in this country. She won’t even mention the words, and neither will President Obama,” he said.

Mrs Clinton responded by underlining the need to work with Muslim communities to identify and prevent the attacks, instead of labelling all of them as terrorism suspects, as Mr Trump had suggested.

During most of the debate, Mrs Clinton maintained a calm and composed demeanour and refused to be provoked even when her opponent addressed her as “such a nasty woman”.

Although she did speak about how Mr Trump denigrated women he came in contact with and mention how he talked about groping and grabbing them, she did not overdo this point.

Instead, she moved on to another point that she knew Mr Trump wanted to avoid, challenging him to accept US intelligence findings that Russia was behind the leaks that he had used against her. She reminded him that the US agencies had issued a joint report, saying that Russia was trying to influence the election through the leaks.

As she had expected, Mr Trump over-reacted. Russian President Vladimir “Putin, from everything I see, has no respect for this person”, he said.

“Well, that’s because he’d rather have a puppet as president of the United States,” Mrs Clinton said.

“No puppet. No puppet,” Mr Trump protested. “You’re the puppet!”

Mr Trump rambled about a few other things until the moderator pinned him down: “Do you condemn foreign interference in (US) elections?”

“By Russia,” Mr Trump reluctantly said, “or by anybody else.”

Mrs Clinton too faced embarrassing questions but unlike Mr Trump, she did not trip. At one point, the moderator pressed her to explain why she publicly opposed trade policies that she privately embraced during paid speeches before bankers.

“I was talking energy,” she said and then shifted the subject to WikiLeaks and President Putin. More than once, she successfully avoided the subjects that could have embarrassed her and raised issues that caused an angry reaction from Mr Trump.

He lost his temper when Mrs Clinton said she found the prospect of Mr Trump’s finger on the nuclear button “terrifying”.

“Look, she’s been proven to be a liar in so many ways,” he said. “This is just another lie.”

The 90-minute debate, held at the University of Nevada at Las Vegas, focused on foreign policy issues more intensely than did the previous debates.

The ongoing military operation in Mosul was mentioned 29 times, Syria 24 times and Iraq 19 times. Both Afghanistan and Pakistan were absent from the debate while India got one mention, when Mr Trump cited its economic progress.

The mentions, however, did not lead to any substantial discussion on these issues as Mr Trump was more interested in blaming Mrs Clinton, who served in the Obama administration as secretary of state, for the problems.

He made little effort to spell out his foreign policy and did not allow Mrs Clinton to say how she would handle those issues if elected.

A CNN/ORC poll of debate watchers on Thursday showed that Mrs Clinton won all the three debates. Overall, 52 per cent who watched the Wednesday night debate said Mrs Clinton did the best job but 39pc said Mr Trump did.

After the first debate, 62pc of those who watched said Mrs Clinton won and 27pc said Mr Trump did. After the second debate 57pc backed Mrs Clinton and 34pc supported Mr Trump. 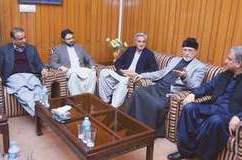 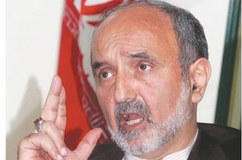