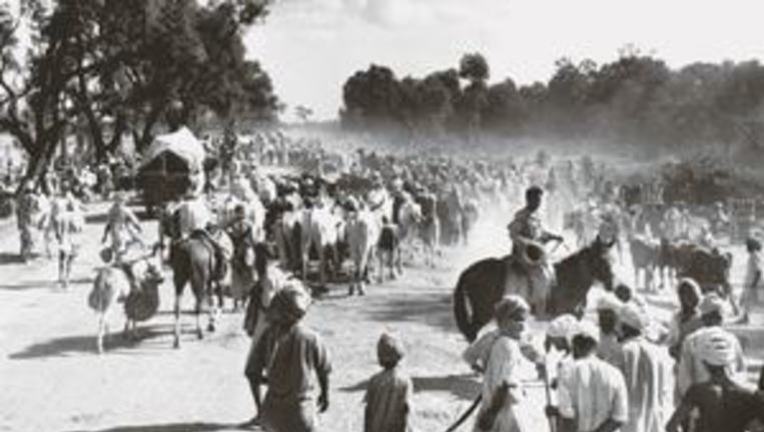 As Partition approaches in 1947, large convoys of Sikh and Hindu refugees head towards East Punjab, and Muslims flee to the two wings of Pakistan. It is estimated that over 15 million people were displaced during the Partition of the Indian subcontinent and two million lost their lives in the ensuing communal violence. This iconic photograph raises the curtain on a special Dawn feature beginning today and running on to commemorate Pakistan’s seventieth birthday. The period under consideration covers forty-two years from 1906 to 1948, an astonishingly short period of time, during which the freedom movement emerged and subsequently achieved the creation of a separate Muslim state. From the image above, captured at the tail end of this momentous period, the Dawn feature flashes back to 1906, the foundation for the creation of the All India Muslim League – the party that took Pakistan to freedom under the dynamic leadership of Mohammad Ali Jinnah – the Quaid-i-Azam – the monumental founder of this nation.(photo: Margaret Bourke-White/Getty Images)