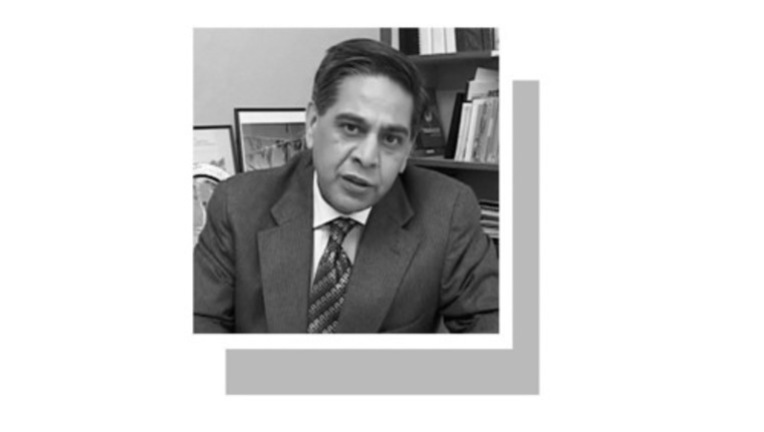 PRESIDENT Trump’s decision to withdraw from the Paris Agreement offers more opportunities than challenges to the world. Candidate Trump had said that climate change was not for real, that it was a hoax. Now he has invoked economic reasons for his decision but has kept the door ajar, saying that his country will be willing to renegotiate a fairer deal. As his logic of withdrawal from the Paris Agreement has changed, the battlefield for climate action has begun to formally move to other arenas.

The American administration’s decision is a major blow to the global consensus that took more than two decades to reach. Except for Nicaragua and Syria — who wanted a greener and more stringent agreement — all countries in the world have agreed through the Paris Agreement on voluntary actions to reduce carbon emissions and stabilise global temperatures at well below two degrees Centigrade.

The Paris Agreement, for all practical purposes, marked the dawn of the new climate economy, characterised by a race for clean and renewable energy. From countries to counties, from megacities to municipalities, and from large corporations to local small and medium enterprises, all have been setting their emissions reduction goals and targets.

Trump is seen largely as operating in a fact-free zone in an attempt to protect the interests of some people.

Subsidies for fossil fuels are under scrutiny. As the world has started moving towards carbon neutral growth, the prices for renewable energy have plummeted to an all-time low, becoming more and more competitive, creating new jobs and thriving service sectors. In developing countries, in addition to fuelling the economy, particularly in Africa and Asia renewable energy started servicing an increasing number of those who previously had little hope of access to clean, reliable and affordable energy.

At the heart of all this is the scientific conviction that faster and inclusive economic growth can and should not be prisoner to fossil fuel consumption — the primary source of global warming and climate change. For the first time since the Industrial Revolution of the 1850s, the rate of increase in emissions has started slowing down, giving hope to vulnerable countries like Pakistan that global temperatures can perhaps, and just perhaps — be stabilised before it is too late for most people on the planet.

No wonder, there is a near universal condemnation of President Trump for his decision. He is seen largely as operating in a fact-free zone and denying science in an attempt to protect the interests of some people in the coal and oil industries, located in the heart of states that voted him in. He has purged climate scientists and deeply cut budgets of climate science institutions such as EPA and Nasa. In fact, it has became so ridiculous that French President Emmanuel Macron has openly invited American climate scientists to come and work in France — reminding the world of the Cold War days when the US used to encourage scientists under communist rule to defect to the West.

The Trump announcement has triggered official withdrawal procedures, a lengthy process that will not conclude until November 2020 — the same month President Trump is up for re-election, ensuring the issue becomes a major topic of debate in the next presidential contest. Yet, it will adversely affect the momentum of change. His unilateral decision will hurt the world but more importantly and more dangerously, it will isolate America, weaken its economy, and shift greater responsibility for action to other countries of the world, even if the US is historically the world’s largest emitter.

Never since the Vietnam war has an American policy issue been so divisive. The states of California, Washington and New York that together represent one-fifth of American GDP and one-fifth of American population, announced that they would continue to meet the Paris obligations. A dozen other states are reported to have expressed a similar resolve. The city of Pittsburgh, mentioned by Trump as the city that he represents, (and not Paris), and 500 other cities announced that they are committed to meeting the Paris benchmarks for 2020 and 2030 to benefit from the new climate economy based on clean and renewable energy.

Globally, leading world economies have moved with speed to exercise leadership, as have numerous American and other private-sector companies. China and the European Union have joined hands to uphold their commitments. They have declared that Paris is an essential accord and that climate action is not stoppable. Germany, France and Italy have decided to not leave the door ajar by saying that the accord is non-negotiable, a position that will be taken by most forums that Donald Trump will attend in his tenure ranging from G-7 and G-20 to Nato.

The state of California, Germany and China, have emerged in recent years, as global leaders on clean and renewable energy. In the aftermath of the US decision to quit the accord, these three have a pivotal role to play. Many American states emulate California’s Clean Air Act and its thrust for wind and solar energy. Many states will follow Californian standards with or without support from the federal government, and thus share the global burden of emissions reductions.

Likewise, German Chancellor Angela Merkel will have to hold the EU together and further deepen commitments to reduce emissions, including from some of the reluctant EU partners, such as Poland who are finding the transition to clean energy painful.

China has moved with vigour to increase the share of solar and wind energy in its overall energy consumption. It has advanced plans to phase out of coal. Its grand vision of One Belt One Road gives it access to markets in Europe as well as in Africa and Asia. OBOR can serve as a grand clean energy corridor propelling climate compatible development. There is no better starting point for this than CPEC, a prize project of OBOR, that both Pakistan and China showcase and model for future economic partnership in the region.

The writer is CEO, LEAD Pakistan, an Islamabad-based think tank.