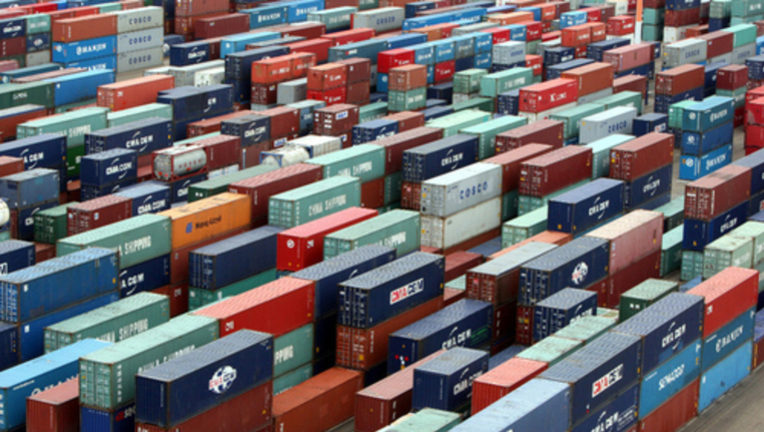 Pakistan’s external account worries are increasing at a time when the government is in disarray after the release of the Joint Investigation Team’s findings regarding the ruling Sharif family’s involvement in money laundering.

In a politically charged environment, with the opposition demanding the Prime Minister’s resignation in the light of the JIT findings and Mr Sharif refusing to do so, the IMF has released its article IV consultation report on the state of the economy.

The observations made by the IMF regarding external sector vulnerabilities and the inadequacy of foreign exchange reserves have only added to worries regarding the deteriorating health of the external sector.

While the situation is disquieting, the government is seemingly hopeful

The State Bank of Pakistan’s forex reserves (excluding foreign exchange held by the banking system) has declined to about $16.2 billionn (as on July 7) from $18.27bn at end-December 2016.

At this level the reserves are sufficient to finance imports of only about three and a half months or ‘below comfortable levels’, in the IMF’s view.

These reserves are inclusive of $3.6bn that the SBP obtained through derivative position. The IMF says that this $3.6bn forward position could put additional pressure on the reserve.

Remittances also went down 3pc to $19.3bn as Pakistanis living in Saudi Arabia and other Gulf countries started feeling the pinch of the economic troubles in their host countries.

After imposition of a tax (at 100 Saudi Riyal per month on each non-earning member of families of immigrants), and after cost-cutting measures introduced in the kingdom, chances are that our remittances from that country would continue to fall, analysts fear.

Economists have long been warning that relying too much on remittances can hurt as both politics and economics of Gulf countries are transforming and job markets in the UK and the US are no more as lucrative for foreigners as before.

The latest stats show a declining trend in remittances inflow from all these nations and if this trend continues, the current account deficit — that has already swollen to $10.641bn in eleven months of FY17 from just $4.586bn in the year-ago period — would widen further.

And, foreign direct investment at $2.212bn, also in eleven months of FY17, is only 8.6pc higher than in a year-ago period. With political uncertainty at a new peak, analysts don’t see foreign portfolio investment inflows improving.

FDI inflows can be expected to keep rising, as CPEC-related projects are progressing. But then the impact of these could be somewhat offset by outward repatriation of funds by foreign companies and individuals working in Pakistan.

Borrowing more from multilateral lending agencies is an option but the political cost of such a move is too high in the politically charged pre-election year. Besides, it will be difficult to meet the lender’s conditions that might include painful reforms.

The launch of sovereign bonds can be a risky move at a time when international investors have many more options available to them and can be lured only with a return so high so as to be unsustainable in the long run.

The cost of external debt servicing has already reached very high levels, thanks largely to excessive foreign debt accumulated by the present and previous governments.

In three quarters of FY17, external debt servicing ate up $5.228bn — a huge amount, a little over 25pc of our total exports in FY17 and 20pc of our forex reserves.

Overall forex reserves, including even foreign exchange held by the banking system, is below $22bn against annual imports of $53bn.

Last week, Moody’s, one of the two leading global credit rating agencies, speculated in its latest report that during the next two years Pakistan’s economic growth rate would remain below official expectations due to slow materialisation of CPEC.

It kept the country’s credit rating unchanged at B3 which means that investment in Pakistani bonds is highly speculative.

So, the external sector situation is worrisome.

Still, the government is seemingly hopeful and officials of the ministry of finance say they are working hard to improve the situation.

“Some serious moves are being made to boost exports and, I am sure exports will begin to rise now. This year’s budget attempts to curb imports of luxurious items.

“Labour export to Kuwait has begun and we are facilitating overseas Pakistanis to send all remittances through official channels,” according to one of the officials.

“We’ve requested our Chinese friends to fast-track injection of foreign funds into CPEC-related projects. Foreign companies, not only from China but from the US, UK, EU and Middle Eastern and Far Eastern countries, are keen on investing here.”

But it is feared that growing political uncertainty may have a negative impact on foreign portfolio investors.

Some stockbrokers say that to avoid this possibility, the Chinese consortium that has got 30pc stakes in the PSX should be allowed to trade in the secondary market and raise its PSX shareholding to 51pc.

Published in Dawn, The Business and Finance Weekly, July 17th, 2017