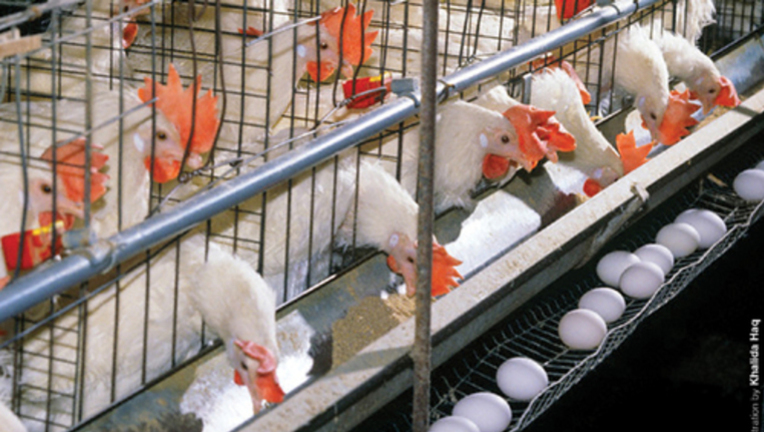 While policymakers in Pakistan may have, time and again, committed themselves to pursuing an export-led plan for rapid economic growth and reduction in the country’s external account vulnerabilities, no government has ever formulated an effective policy to boost exports.

It is not an accident that exports have more than halved to less than seven per cent of the size of the economy from 15pc in the mid-2000s.

Owing to a policy emphasis on import substitution, Pakistan’s export base remains narrow and skewed in favour of textiles and clothing, which have historically contributed between 55pc-60pc of total overseas shipments.

If we add leather/products and rice to the equation, the three commodities together constitute three quarters of the country’s total export sales.

With Pakistan’s exports plunging by a fifth to around $20bn over the last four years, the calls for exploiting the potential of and helping non-conventional sectors like poultry meat and value added products for boosting the nation’s export are gaining momentum in Karachi and Punjab.

“With the country facing a steep decline in exports because of narrow product range and markets, it is imperative that the government start broadening the exportable products base and developing strategies to increase exports of unconventional items,” a spokesman for the Pakistan Poultry Association said.

“Poultry can prove to be major foreign exchange earner if proper facilities and incentives are given to this industry for a level playing field in the international market.”

They base their argument on the fact that the global halal food trade now amounts to $300bn, and is growing at an average rate of about 5pc annually. The halal trade is expected to double in the next few years.

These countries imported chicken meat to the tune of $5.79bn during 2013, and their imports are growing at a rate of around 8pc to 10pc a year.

“Similarly, the demand in Europe is likely to accelerate at a much faster rate as the Muslim population is expected to shoot up from 52 million at present to 104m in 20 years,” he said. “So imagine the kind of export revenues we are talking about if we facilitate our industry to tap the foreign markets.”

Since the mid-1990s, poultry farming has attracted huge investment in new technology for environment controlled farms as farmers shifted from conventional open farms to semi- and completely closed, automated farms where intensive rearing is done under one roof.

As a result, Pakistan has become the 10th-largest broiler producer worldwide and the second-largest industry in the country with an estimated annual turnover of Rs750bn.

Yet the poultry trade mostly remains in the unorganised sector and chicken meat continues to be sold live at the roadside, makeshift stalls. By contrast, in the other top broiler-producing countries 90pc to 99pc poultry meat is processed and converted into value-added products.

Only 5pc of the total poultry production in Pakistan is done and processed for value-addition in the organised sector because of adverse tax policies and a lack of a regulatory framework to control poultry trade.

“There are several factors responsible for the slow growth of the poultry processing industry in the country — a lack of incentives for the processors, heavy taxation on the import of poultry seed (or grandparent stock), spices and other raw materials,” said Abdul Basit, the chairman of Big Bird Group.

“Inputs like electricity and gas, withdrawal of zero-rating status for the industry, and cheaper, duty-free import of value-added poultry products under the free trade agreements (FTAs) with countries like China and Malaysia are other major factors,” he said.

Mr Basit was of the view that the current situation in the Middle East offered Pakistan a major opportunity to make inroads into the Qatari market and build on it to expand in other Gulf states.

But he pointed out that the government will have to help cut the cost of doing business and help exporters at the initial stage to make them competitive in overseas markets.

The poultry association underlines the need for restoration of zero-rated status for the industry for enhancing its competitiveness in the overseas markets.

It urges review of the FTAs to combat the influx of cheaper, tax-free, imported poultry products into the domestic market and emphasises the abolition, or significant cut in taxes, on imported raw materials including grandparent stock and spices.

“We are not asking for subsidies. We just want the government’s help in reducing our cost of doing business to be able to compete with our rivals in the halal poultry market,” Mr Sattar said.

Published in Dawn, The Business and Finance Weekly, August 7th, 2017