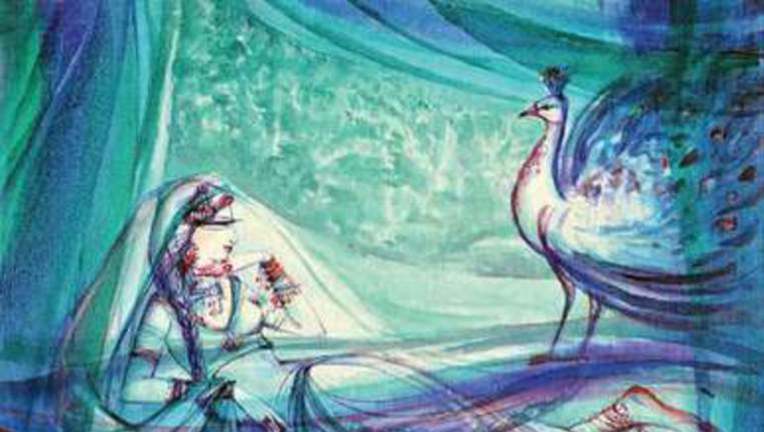 ISLAMABAD: Gallery 6 is hosting an exhibition of the paintings by renowned artist Hajra Mansoor.

The show is titled ‘The Tales of Love’ and has 21 paintings, most of which are of women and which make for a very colourful exhibition

Ms Mansoor graduated from Government College of Art and Craft, Lucknow in 1964 before migrating to Karachi. She established the first private sector art school in her home which was named the Karachi School of Art.

Over the years, it has grown into a major art institution which has produced many well-known artists of the country. Ms Mansoor and her husband, Mansoor Rahi moved to Islamabad in the 1980s and the couple have been active in the art life here since.

Ms Mansoor is inspired by traditional art and blends it with modern aesthetics. She derives her inspirations from Asian ideals of beauty and focuses on promoting and enhancing them by exaggerating the features like big, coloured eyes, very clear skin with a tinge of pink and delicate lips along with articulating hand gestures.

Ms Mansoor does not use models for her paintings, each of which depicts a moment in the tale of love.

Some of the women in the paintings are seen preparing themselves, combing their hair, holding a surma dani or putting on jewellery, as if they were getting ready to meet their beloved.

Others are painted with pigeons or peacocks, as if sharing their secrets of love with them. Some are looking at a diya, or an oil lamp, depicting a new light or hope.

Ms Mansoor has the unique distinction of having held a solo show almost every year from when she graduated to now.

Other than cities across Pakistan, she has also held exhibitions of her work in other countries including Bangladesh, India, China, Japan, Turkey, Iran, France, England, Germany, Hong Kong and USA. She continues to teach art along with her husband in their studio.

Instead of specialised courses, the couple offer apprenticeships to artists who are exhibiting their paintings nationally or internationally.

The wife and husband duo have worked towards developing a culture of artists and art appreciation in the city.

Ms Mansoor has won several prizes and awards for national and international exhibitions.

She was also decorated by the government with the President’s Pride of Performance Award in 2009.

The exhibition will continue till September 7.