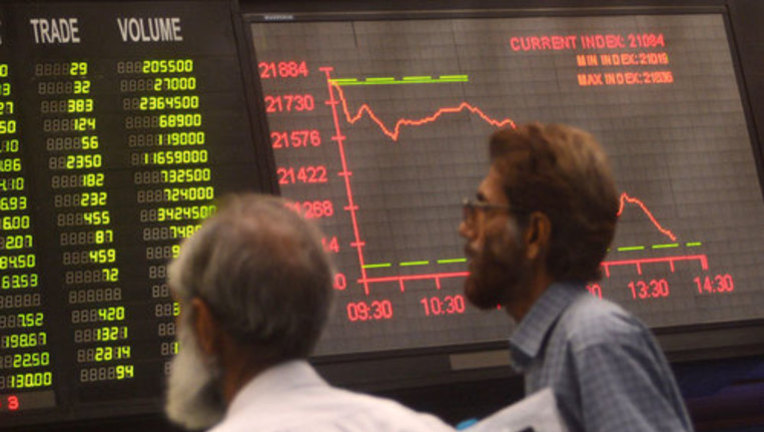 KARACHI: Stocks continued to bleed profusely for the fourth week in a row with the KSE-100 index losing a disturbing 1,435 points (3.36 per cent) in the shortened four-session week due to Eid holidays.

The benchmark index closed at 41,207 points, which stood out as its lowest level since Nov 2016.

Nothing went well for the market in the results announcement week, which investors seemed to ignore as bigger burdens were on their minds. The investment sentiments, which were already at their rock bottom due to political and economic uncertainties, were further rattled on news that the Department State Financial Service of New York was seeking to impose up to $630 million penalty on Habib Bank Limited (HBL), which has a sizeable 7pc weight in the index.

Negotiated deals for HBL were executed as low as Rs155 per share, which is at a discount of 30pc to pre-fine levels. There is also 13% discount in the off-market deals over the bank’s market price. Meanwhile, the escalating tensions between Pakistan and US added to market woes.

Participation thinned as punters were more concerned counting cows than trading stocks, with the average volume and value plunging 39pc and 38pc. Meanwhile, trading in just 70.5m shares was seen on Thursday, which stood out at a three-year low as the metropolis faced transport difficulty due to heavy downpour.

Banks were the chief laggards down 6pc week-on-week, followed by E&P 5pc as news of Mari Petroleum’s divestment and a 4pc decline in international oil prices dampened sentiments.

Pharmaceutical sector also saw erosion of 5pc. Tobacco and food sectors swam against the tide adding two and one per cent.

Foreigners continued to sell-off Pakistan equity, showing an outflow of $14.28m during the week compared to $9.77m in the preceding week with their selling concentrated in banks ($8.1m) and cements ($2.9m). Com­panies were the largest domestic buyers of equity worth $10.5m, while banks cherry picked shares worth $5.2m.