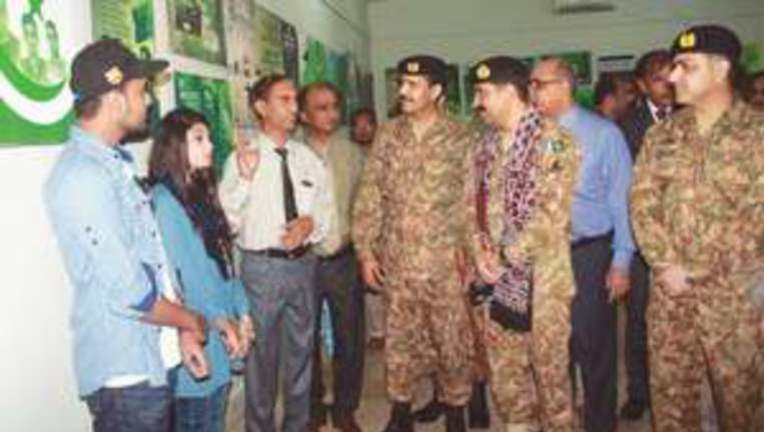 HYDERABAD: Education is an inevitably significant source of development whereas art plays a role in character-building of the youth of the country.

This was stated by General Offi­cer Commanding (GOC) Hyder­abad Major General Mohammad Ali on Tuesday while addressing the inauguration ceremony of a one-day art exhibition highlighting sacrifices of Pakistan Army rendered on Sept 6 in 1965 and those of police as well as Rangers personnel.

It was organised by the Institute of Art and Design (IAD), Univer­sity of Sindh (SU), Jamshoro, in collaboration with Pakistan Army 18 Division, Hyderabad, on the institute’s premises.

The event was held to commemorate the Defence Day of Pakistan and mark sacrifices of law enforcement agencies, police and security forces at different times in the country.

Maj-Gen Ali said he was extremely glad to witness first-hand the patriotic spirit of SU students and faculty coupled with their incomparable passion for art and craft.

“This is my second visit to the University of Sindh — the first being on Aug 14. I am delighted to admit that on both occasions, I have found SU students and teachers putting up exemplary show of love for their motherland, Pakistan,” he said.

He thanked SU Vice Chancellor Prof Dr Fateh Mohammad Burfat for SU’s all-out support to Pakistan Army’s academic initiatives and engagements, holding out assurance that Pakistan Army too would always be more than glad to assist the SU in its academic and research activities.

Earlier, the GOC along with his spouse inaugurated the exhibition in the presence of SU registrar Prof Dr Mohammad Saleem Chandio who represented Prof Dr Fateh Mohammad Burfat. The VC is in Saudi Arabia for Haj.

High-ranking military officers, pro-vice chancellors of various campuses, SU deans, directors and chairpersons and other officers were present on the occasion.

Later on, Major General Moham­mad Ali watched the paintings, posters and artworks sketched by students displayed at Benazir Art Gallery of the institute under the theme ‘Defence Day of Pakistan and Martyrs of the Personnel of Security Forces, Law Enforcement Agencies and Police’.

At the end, prizes in various categories were given away to those whose works ranked among top three. A professor and young artist of the Institute of Art and Design, Saeed Ahmed Mangi, handed over the picture of Major General Ali to him.

It was sketched and painted by the artist himself. 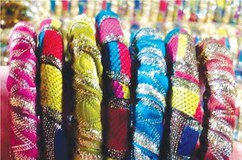 Back with a bangle