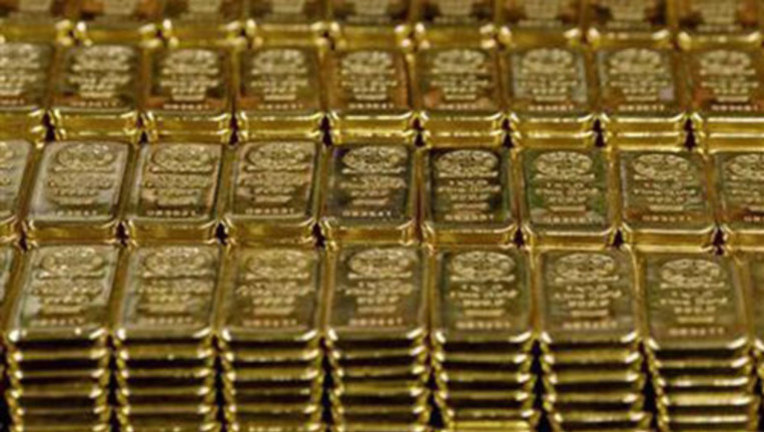 LONDON: Gold fell on Monday as the prospect of a fractured parliament in Germany after Chancellor Angela Merkel’s less than resounding election victory knocked the euro lower. Consequent dollar strength helped to push gold back towards Thursday’s low of $1,287.61 an ounce, its weakest since Aug 25, which fed into a second straight weekly decline for the metal.

Spot gold was down 0.3 per cent at $1,293.75 an ounce by 1405 GMT, while US gold futures for December delivery were 60 cents lower at $1,296.90. Gold has now slipped nearly 5pc from the more than one-year high it hit on Sept 8, largely on the back of concerns over North Korea’s nuclear ambitions, which have now waned. “The strength in the dollar index and not (a) further escalation in geopolitics is impacting the price of gold,” said Naeem Aslam, chief market analyst at ThinkMarkets.

The euro slipped by 0.6pc against the dollar and southern European government bonds sold off after the German election result sparked fears of a more hardline stance towards the euro zone in the bloc’s largest economy.

There was also speculation that uncertainty after the election could reduce the likelihood of the European Central Bank trimming back its monetary stimulus programme, a move expected to be announced next month. Gold has also come under pressure from rising expectations that the Federal Reserve will lift US interest rates once more this year and start trimming the $4.5 trillion in bonds and other assets it built up after the 2008 financial crisis.