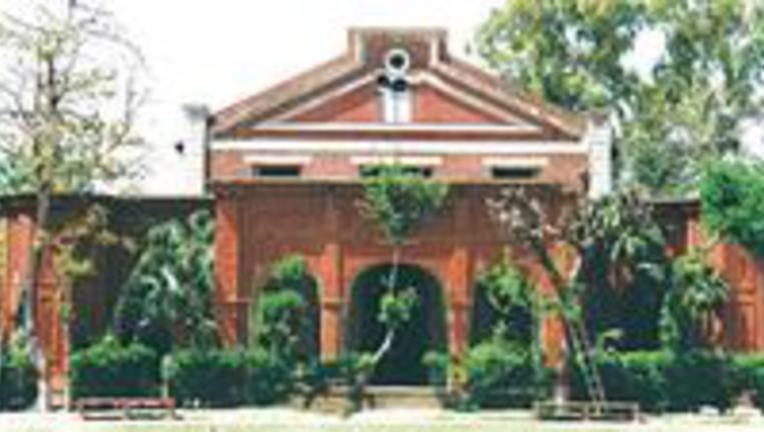 It was in 1912 that some prominent Sikhs of Gujranwala, under the Khalsa Committee or Khalsa Educational Council, established a school in the town. Sir Louise Dane, the 13th governor of Punjab, laid its foundation on the outskirts of Gujranwala. This Khalsa High School was established with the donations from the Sikhs from across Punjab. Just six years later in 1918, the school was upgraded to the status of the college and named as Guru Nanak Khalsa College. The foundation stone on the college building shows the name of Sant Attar Singh, a Sikh reformet, who laid the foundation of the college on March 30, 1918. The Punjab University Lahore Calendar of 1918 has the mention of the Khalsa Education Council applying to get affiliation for intermediate classes. An Irishman, MU Moore, was appointed as its first principal. The new college building was completed in 1920 when Sant Teja Singh, a Harvard law graduate, was its principal. He purchased 176kanal more land for extension of the college which now housed a gurdwara and a boarding house for 200 students also. Now the college had a big building and sprawling grounds.

The Guru Nanak Khalsa College witnessed a time of upheavals when the freedom movement intensified in the region. It became centre of politics when Lala Lajpat Rai and, according to some reports, Gandhi visited Gujranwala and urged the people to participate in his non-cooperation movement. Lala Lajpat Rai was instrumental in convincing the private schools and colleges of Punjab to disaffiliate from the government institutions like the Punjab University. After the Jallianwala Bagh massacre by the British on April 13, 1919, martial law was imposed in Punjab along Section 144 in many cities, including Gujranwala and Gujrat.

In a chapter Agitation and Reaction in Punjab in 1919 of his book, Freedom Movement in Punjab, Satish Chandra Mittal writes: “Gujranwala was subjected to bombing and machine-gun from the air. Major Carbiery dropped bombs on the Khalsa High School and on people in two villages–Chukarkhana and Mahianwala– without knowing the reason of their gathering”. However, the college got re-affiliated with the Punjab University. During this period, Prof Sher Singh served as the principal followed by Prof Harkrishan Singh. In the 1920s, subjects of Persian, Urdu and Arabic were introduced in the college due to the influx of Muslim students.

After the exodus of the Sikhs from the region during the Partition, the Guru Nanak Khalsa College was handed over to the Anjuman Islamia Gujranwala in November 1947 and, as it mostly happens in the sub-continent, Guru Nanak’s college was renamed as Islamia College Gujranwala. Those days Sufi Jamalullah was the president of Anjuman Islamia and he became the administrator of the college. He was succeeded by his son Abdullah Jamal. The college was nationalised in 1972.

However, during the Partition mayhem, it had lost 78 kanal of its land to the land grabbers which the college could not get back till date.

The Khalsa Education Council, after migrating to India, kept the name and memory of Khalsa college alive and established a college with the same name, Gujranwala Guru Nanak Khalsa College, in Ludhiana in 1953 which is still functional. 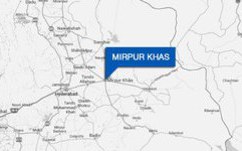