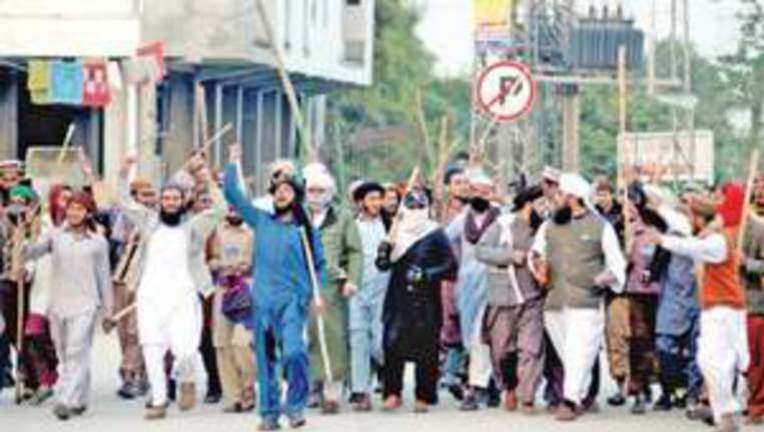 ISLAMABAD: The intelligence wing of the capital police on Friday suggested negotiations with the organisers of the protesters at Faizabad even though the Islamabad High Court (IHC) directed the government to take action for reopening the blocked roads.

The Special Branch briefed senior police and administration officers at a meeting about the situation.

The meeting was also informed about the possible reaction from the protesters in case of an operation against them, officials told Dawn.

According to information collected by the Special Branch, some of the protesters were armed with weapons and had the tactical advantage as they had occupied rooftops and bridges around Faizabad.

They said security personnel moving to the Faizabad Interchange from I.J. Principal Road, Murree Road (Rawalpindi) and I-8 side may face retaliation from the protesters.

The meeting was informed that prayer leaders in a majority of worship places in the capital delivered Friday sermons on the topic of Khatam-i-Nabuwat.

Most clerics called on citizens to support the cause of the protesters.

After the Friday prayers, a number of clerics, caretakers of shrines located in Islamabad and Rawalpindi along with their followers as well as teachers and students of seminaries started reaching Faizabad, the police officers stated.

“We estimated that by late evening the number of the sit-in participants would reach over 15,000,” they added.

The police started sealing all roads leading towards Faizabad by putting containers and barbed wires.

When contacted, Deputy Commissioner Islamabad retired Capt Mushtaq Ahmed told Dawn that the IHC had issued directions to remove the protesters and reopen the blocked roads. “The court directions have to be followed,” he added.

He said notices had been issued to the leaders of the religious group staging the sit-in asking them to vacate the area till 10pm today (Friday).

Meanwhile, four rallies were taken out from different parts of Rawalpindi on the call of religious leaders. Holding placards and banners the participants staged the rallies from D-Block Satellite Town, Mareer Chowk, Misrial Road and Khanna-Kuri Road.

They were chanting slogans in favour of their demands and against the government. The rallies later joined the protesters at Faizabad Interchange.

The district administration deputed extra police force and sealed the bus terminal at Faizabad. The metro bus service remained suspended, adding to the suffering of the commuters between the twin cities.

Mufti Mohammad Hanif Qureshi along with 300 activists also brought out another rally from Kuri Road and joined the protesters.

A large numbers of activists also gathered at Mareer Chowk on call of Pir Syed Ziaul Haq Shah after Friday prayers and later marched on Murree Road towards Faizabad.

Prof Akbar Hashmi also took out a motor rally from Misrial Road and reached Faizabad. Another rally was taken out by Pir Mohammad Tariq Mehmood form Khanna-Kuri Road which ended at Faizabad Interchange. 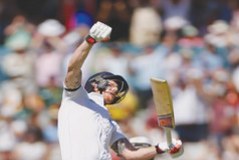