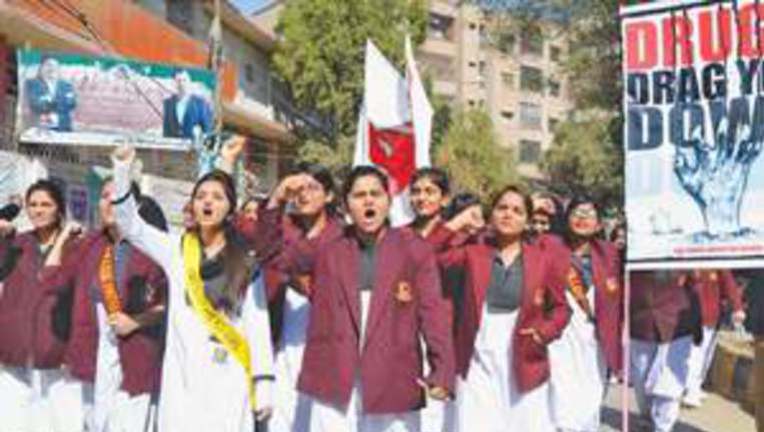 HYDERABAD: A rally against drugs was taken out by a number of students of public and private schools and colleges along with scores of police officials on Thursday.

It was aimed at conveying a message to the youth: “Say no to drugs.”

Carrying banners and pla­cards, participants mar­ch­­ed from the SSP office to the local press club.

According to a Hyderabad police spokesperson, district police launched the anti-drug campaign from Nov 17 to 23 in collaboration with the Crime and Human Rights Cell set up at Hyderabad SSP office.

The rally was part of the drive. Police officials Aijaz Bhatti, Malik Abbas, Nawab Khan and others led the rally.

Students, including girls, asked the youth to deploy their curricular and extra-curricular abilities and encourage sports activities in all educational institutions.

They stressed that every citizen ought to play their role in eliminating the curse of drugs.