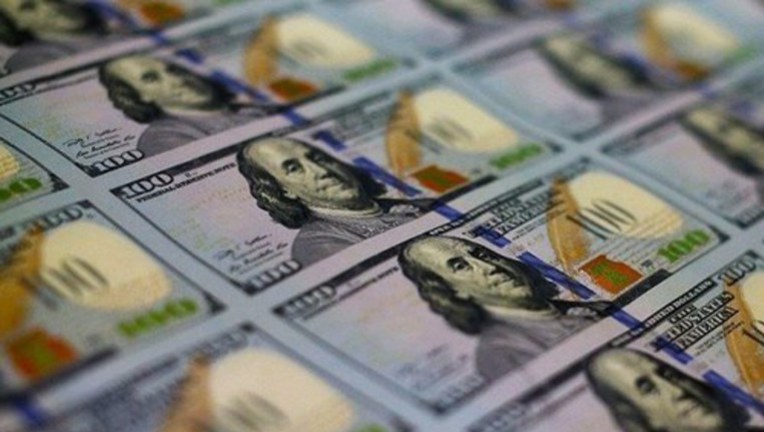 The rupee-US dollar exchange rate closed at Rs107 to the dollar after deteriorating unexpectedly in the interbank market on Friday.

The dollar had closed at Rs105.50 in the interbank market on Thursday.

State Bank of Pakistan (SBP) spokesman Abid Qamar told DawnNews during trading that they were monitoring the situation. He said the bank will intervene if need be.

"SBP is of the view that this market-driven adjustment in the exchange rate will contain the imbalance in the external account and sustain higher growth trajectory. The exchange rate will continue to reflect the demand and supply conditions; and SBP stands ready to intervene, in case speculative and/or momentary pressures emerge, for smooth functioning of the foreign exchange markets."

The development came a day after a United Nations report warned that the government’s policy of keeping the exchange rate stable by intervening in the foreign exchange market may become unsustainable if the US dollar appreciates against most major currencies in global markets.

The stable exchange rate may be encouraging for some investors and traders, but the report warned that it is draining precious foreign exchange reserves.

“In these circumstances, if the US dollar appreciates against most major currencies in the global markets, the policy approach currently being pursued by Pakistan could become unsustainable,” it warned, raising the spectre of a forced devaluation at some point down the road.