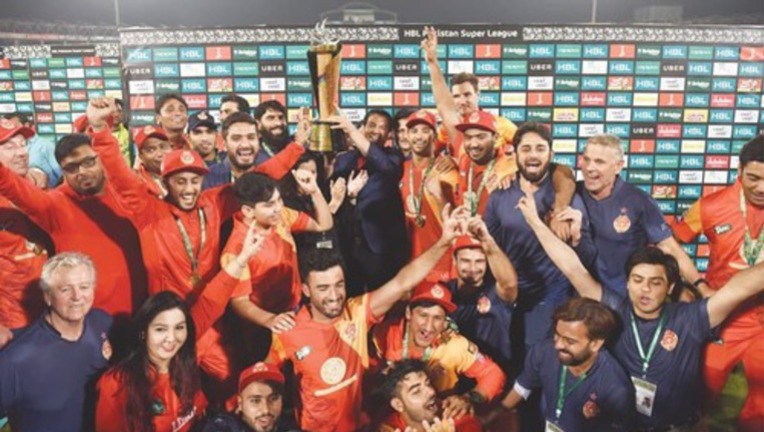 BIRYANI or cricket? Which one would you go for? If you are a Karachiite, you can choose both. At the same time.

Probably only a citizen of this frenetic metropolis could balance posters and signs for fours and sixes while gnawing chicken legs dotting the flimsy plastic box of steaming biryani. It’s called having your cake and eating it too.

No small occasion this. Marking the advent of the return of international cricket to lionhearted Karachi after nine long years in the wilderness. So what if it’s a depleted West Indian squad which lost the series with alacrity and quickly jetted back? There was a time when we were in awe of their legendary fast bowlers, broad of chest and lean of limb, trailing Afros, shaved heads and the supersonic speed which almost rendered the ball invisible to the spectators in the National Stadium and the furiously concentrating batsmen.

Now the West Indies team has to be given presidential level security. But as it turned out, the Taliban had also put their feet up and were engrossed in the pure joy of cricket. Perhaps they knew better than to come between Karachi and cricket.

Getting to the National Stadium was nothing short of trying to escape from a maze. Bumper to bumper traffic, zigzagmotorcyclistslists, impatient drivers, parked containers and closed roads at every turn, it was enough to try the patience of a saint.

Squeezing in between a container and a wall, we crossed the empty Aga Khan Hospital road bow legged and made it to the barrier for checking.

One man who had extra tickets for VIP enclosure was selling them at a pittance. “Ladies hain,” he was being told, “sell it to them for 1,000.” He sold the passes to the group of burqa-clad ladies who ran ahead.

“Madam, the match is nearly finished,” I was told by the stadium officials, “you need to hurry up.”

“Why have you closed the roads? It took hours to reach here. You guys have shut down the city!” The Rangers chap with the gun stepped forward, “Madam, ask Najam Sethi and the administration. Roads were closed to provide security to West Indies team.” I opened my mouth, but the gun was too close for any further discussion.

One of the stadium personnel claimed that Australia will be the next team to visit Karachi. This was met by derision; even the Ranger cracked a pale smile. “Abay, why don’t you call Australia now?”

We finally reached the main gate after walking like Kenyans to traverse the miles to reach the Stadium. A cross legged female Ranger was being queried by people about the location of gates; she waved her hand ahead; her look said there but for the grace of God go I. Naturally our gate was the very last and was atop a hillock. Better than a gym workout, we reached our gate sweaty, wheezing and breathless. Stumbling into the enclosure and stopped short. What a panoramic view. The ground lay before us, the grass greener than a Defence garden, the pitch magnified, the players scampering about, the PA system blaring, the cheerleaders dancing, the night sky lit up, the music deafening. And the crowd. What a stupendous turn out. A sporting, gregarious, good natured, loud crowd determined to have a good time.

The VIP enclosure had a motley collection of Karachi’s finest. From burqas to jeans, hijab to blow dries, boys with gelled hair to voluminous shalwar kameez clad men in sandals. Speaking of sandals, the hirsute man sitting behind me on my left had taken off his so his wagging size 11 foot was constantly in my line of vision. Biryani fuelled cricket aficionados made it difficult sometimes to concentrate on the game. Some excited boys who had thrown paper plates up in the air were given a dressing down by a Ranger as well as a boy constantly blowing a trumpet sans rhythm. The captivated boy behind my seat was leaning so far forward that I could have read his hand had I been so inclined. Incidentally, his cricket commentary was second to none as was his analysis. He could have put pundits like Ramiz Raja in the shade. Little girls with kebab rolls in hand stared at us unblinkingly like the twins from The Shining while their mothers wolfed down biryani, haleem and Pepsi. Mobiles lit up in the stadium like fireflies.

Rapid fire motivating cheers came from the crowd although the one from the stand next to us may have stopped the Windies in their tracks. “Naara-e-Takbeer!” shouts from the enclosure were answered by gusty shouts of “Allah-o-Akbar!” by people around us. But even religious fervour had to take a back seat as soon as the over started and people settled down.

“Is this the VIP stand?” inquired an incredulous nattily dressed couple. “Are you sure?”

It would be fair to say that the crowd was a microcosm of Karachi with the upwardly mobile middle class increasingly making its place felt in previously elite haunts. But where the class lines blur is over trash. With rubbish strewn all over the stands, when will we learn to clean up after ourselves? Surely civic sense and community engagement should be taught in schools.

Post match, the crowd streamed out, caps, buntings, streamers and signs in hand, a sea of green and white, walking close to reach other, men, women and kids, with nary an incident of harassment, mugging or unpleasantness. Neurotic and stressed Karachi had transformed into a united Karachi. Cricket may be the secret weapon in the counter terrorism armoury which should be utilized as a way of diverting minds and expending energy.

Bring cricket back to Karachi. 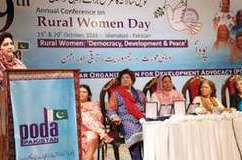 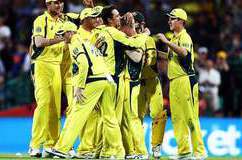