MQM-P may forge coalition with PTI in Centre 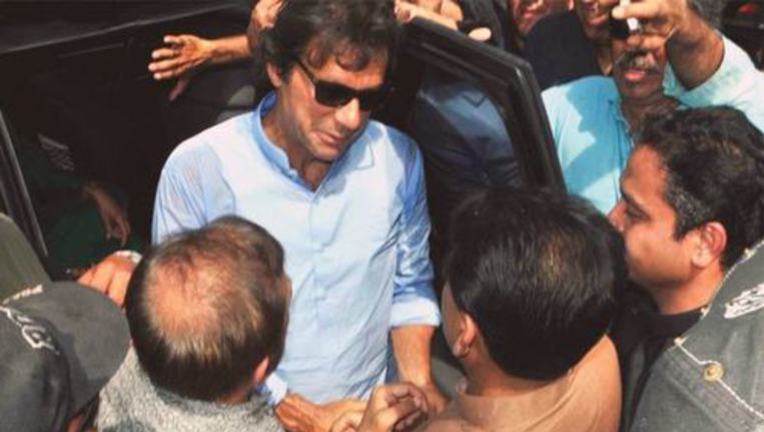 KARACHI: With only six seats in the National Assembly, the Muttahida Qaumi Movement-Pakistan is inching closer to forge a coalition with the Pakistan Tehreek-i-Insaf which lacks a simple majority in the lower house of parliament, it emerged on Friday.

The MQM-P, which only a day before had rejected the election results, also chose not to side with the parties complaining of massive rigging in the general elections. The party’s announcement that it was not attending the multi-party conference convened by JUI-F chief Maulana Fazlur Rehman in Islamabad is being seen as an attempt to appease the establishment and keep its door open for negotiations with the PTI.

Once estranged parties, the MQM and PTI had developed a working relationship in September last year when PTI’s senior leader Shah Mehmood Qureshi made an attempt to replace then leader of the opposition in the National Assembly Syed Khursheed Ahmed Shah. The two parties also supported each other’s candidates in the July 25 elections in various constituencies in the interior of Sindh.

Although the PTI has emerged as the single-largest party in the National Assembly with 115 seats, it still requires 22 more votes to get a simple majority. Even if all 13 independents join the PTI, the party still needs nine more MNAs.

He said both sides accepted each other’s mandate and agreed on having a meeting soon. Mr Haque said nothing had been decided about formation of a future government.

But sources said the MQM-P was ready to support the PTI at the Centre but wanted Imran Khan to visit its Bahadurabad headquarters to seek its support. Besides, it wanted a package for Karachi and Hyderabad and funds and powers for the local bodies in the two cities.

Also on Friday, cracks reappeared in the MQM-P when senior leader Dr Farooq Sattar, who lost Wednesday’s election to PTI candidates from two NA seats, attended the multi-party conference in Islamabad against the decision of the party’s coordination committee.

MQM-P leader Faisal Subzwari took to social media to say that Dr Sattar had attended the MPC because he was not immediately contacted. “Everyone knows about our reservations on election results. We are fighting our case and keep fighting. However, right now we have decided not to attend the all-party conference,” he tweeted.

The MQM-P had sent Dr Sattar and senior leader Kanwar Naveed Jameel to Islamabad to attend the MPC.

The sources said that Kanwar Naveed did not attend the MPC on the instructions of the party, but Dr Sattar went to the venue.

Until last month, Dr Sattar headed the PIB group, while Kanwar Naveed was part of the Bahadurabad group of the MQM-P.

The sources said that all candidates of Dr Sattar’s group had lost the election and the four MQM-P candidates who won seats in Karachi were actually the nominees of the Bahadurabad group.