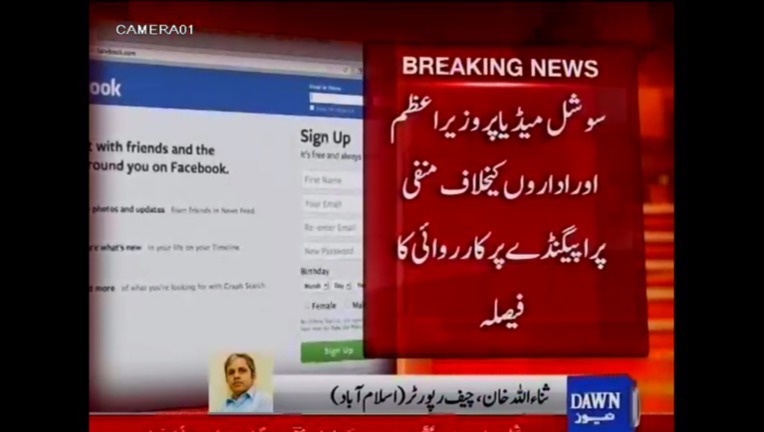 A screenshot from a TV news report aired last year on DawnNewsTV is being circulated on social media with the suggestion that the incumbent government has announced a new crackdown on social media accounts spreading negative propaganda against the prime minister and state institutions.

While the screenshot itself is authentic — unlike earlier pictures of Dawn.com which were doctored to spread fake news — the news does not pertain to the Pakistan Tehreek-i-Insaf government.

The clip from which the screenshot has been taken was aired in March 2017 and the move had, in fact, been announced by the PML-N government to 'safeguard' then prime minister Nawaz Sharif from criticism on social media.

Dawn.com has verified the particulars of this snapshot by reviewing footage from the DawnNews archives.