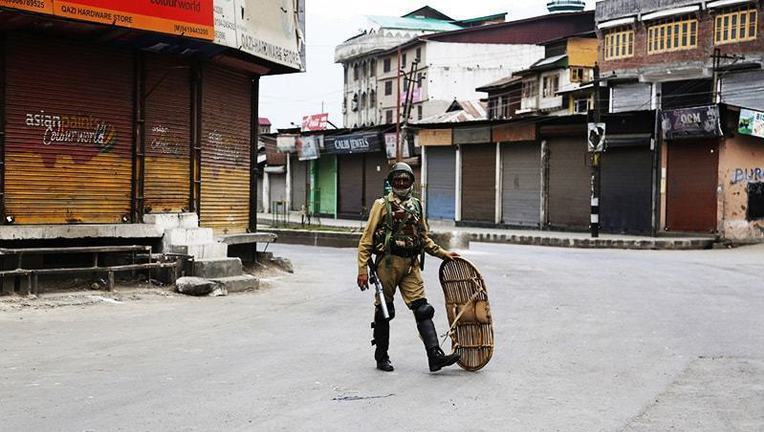 SRINAGAR: Authorities imposed a curfew and deployed extra troops on Friday in a remote district of India-held Kashmir after armed men killed a local leader of the Bharatiya Janata Party (BJP) and his brother.

The men shot dead Anil Parihar, the BJP state secretary for occupied Kashmir, and his brother Ajit from close range on Thursday night as they walked home after closing the family bookshop in Kishtwar, police said.

Police are investigating whether it was a militant attack or a criminal act, a senior police officer said.

Parihar was an influential leader in the region. He was considered a moderate and had a sizeable support base, even among Muslims, media reported.

The incident triggered protests in Kishtwar, a town in the south of the disputed Himalayan region. Activists and supporters of the Hindu-dominated party took to the streets to demand action.

“The situation is under control and an investigation into the incident is going on,” Dilbag Singh, director general of police, said.

India’s Home Minister Rajnath Singh said he was shocked and pained by the killing of the brothers. “Police will leave no stone unturned to bring the perpetrators to justice,” he said on Twitter.

Kashmiris fighting Indian rule in Kashmir rarely strike in Kishtwar district. Fearing sectarian tensions in the town, Muslim leaders used mosque speakers on Friday to demand that the attackers be arrested and brought to justice.

Anti-India sentiment runs deep in the disputed region. An armed campaign for independence or a merger with Pakistan has been going on since 1989.

India has about 600,000 soldiers in held Kashmir. The fighting has left tens of thousands dead, mainly civilians.