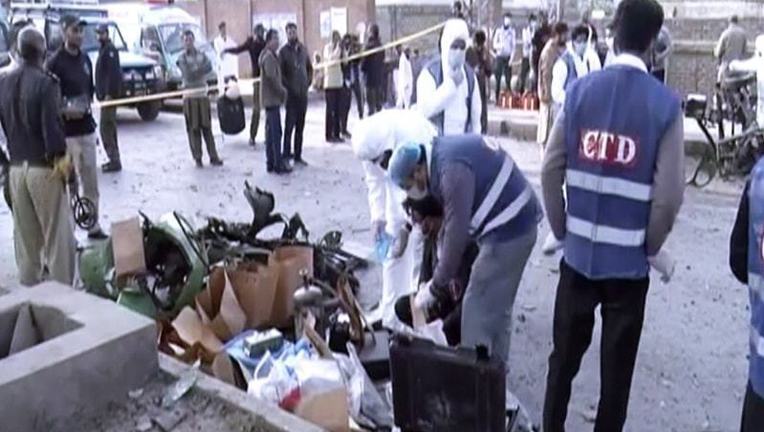 At least 10 people have been injured in an explosion that occurred in a rickshaw in Lahore's Chauberji area on Friday, officials said.

According to the spokesperson for Punjab's Counterterrorism Department (CTD), the blast occurred at around 11:25am.

"Ten persons have been injured including the driver of the rickshaw. All sustained minor injuries. All injured were walking near the rickshaw at the time of the blast," he said.

In a statement released by the CTD spokesperson, the official said that a passenger had boarded the rickshaw and got down at Samanabad after paying the fare. "The passenger was carrying a shopping bag which he probably left in the rickshaw," said the official, adding that the driver "had not noticed it".

According to the statement, the driver parked his rickshaw on Multan Road Chauberji and got off to relieve himself nearby. That is when the blast occurred.

The statement said that based on the BDS (Bomb Disposal Squad) & PFSA staff’s initial assessment, the blast could have come from an IED (Improvised Explosive Device). "Weight and nature will be determined later on after analysis," it added.