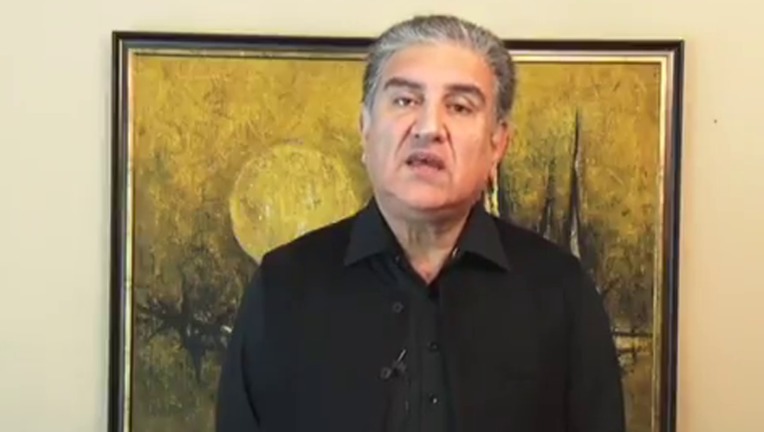 ISLAMABAD: Pakis­tan’s civilian and military leadership on Thursday cautioned the world community about India’s aggressive and provocative design after New Delhi deployed missile launchers along the Line of Control in the disputed region of Kashmir.

Foreign Minister Shah Mehmood Qureshi said he had written to the United Nations recently, warning the world body of actions by New Delhi such as positioning of missile launchers in India-held Kashmir.

In the letter, Mr Qureshi says he fears India plans to launch an attack on Pakistan to divert international attention from human rights violations in held Kashmir.

These are Indian actions that continue to escalate tensions in an already tense environment in South Asia, he said, demanding the UN respond to the purported moves by India.

ISPR warns Delhi of befitting response in case of any aggression

“Provocative statements and preparations for escalation along LoC by Indian COAS appear to be an effort as usual to divert world attention from wide spread protests in India against CAB. Pakistan Armed Forces shall befittingly respond to any Indian misadventure or aggression,” he said in a Twitter posting.

The tweet follows reported remarks by Indian army chief Gen Bipin Rawat a day earlier in which he said there was no need to control Pakistan because it is a country that is on a drive of self-immolation.

Separately, Prime Minister Imran Khan shared on social media the ‘prophetic words’ of a renowned Indian author “who foresaw where India was headed with its racial supremacist ideology”.

The prime minister took to Twitter to share the excerpts from the book The End of India written by Khushwant Singh in 2003, a year after the Gujarat riots, where hundreds of Muslims were killed.

After the passage of controversial Citizenship Amendment Bill (CAB) in India this month that aims at marginalisation of minorities, particularly Muslims, Mr Khan shared the words of Mr Singh, who, being an Indian citizen, rightly foresaw the lurking threat of racism many years ago.

Khushwant Singh wrote: “Every fascist regime needs communities and groups it can demonise in order to thrive. It starts with one group or two. But it never ends there. A movement built on hate can only sustain itself by continually creating fear and strife. Those of us today who feel secured because we are not Muslims or Christians are living in a fools’ paradise. The Sangh is already targeting Leftist historians and Westernied youth. Tomorrow it will turn its hate on women who wear skirts, people who eat meat, drink liquor, watch foreign films, don’t go on annual pilgrimage to temples, use toothpaste instead of Danthmanjan, prefer allopathic doctors to vaids, kiss or shake hands in greeting instead of shouting Jai Sri Ram. No one is safe.

We must realise this if we hope to keep India alive.”