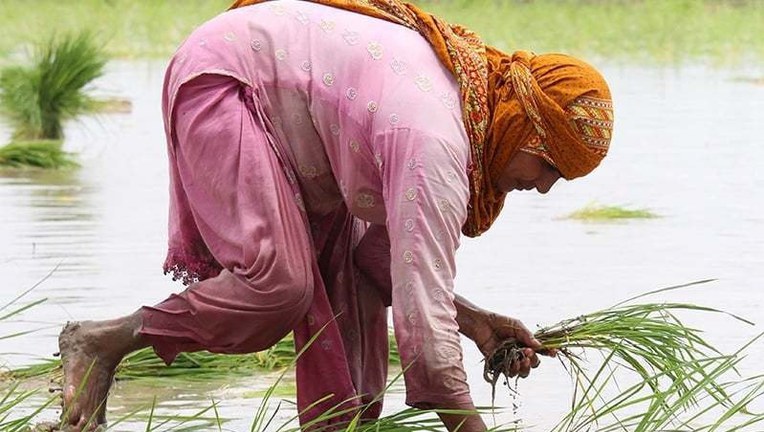 KARACHI: The Sindh Assembly on Thursday passed the Sindh Women Agriculture Workers Bill, 2019, providing rights to women who carry out agriculture and livestock activities. The law concerns their pay and minimum wages, gives them recognition and ensures measures for promotion and protection of their rights.

The bill was presented by the chairman of the standing committee on labour and human resources, Shahid Thaheem, after detailed scrutiny of the original draft that had earlier been presented by the government in the house.

Parliamentary Affairs Minister Mukesh Chawla presented the bill clause by clause in the house with Deputy Speaker Rehana Leghari in the chair and got it passed unanimously.

The bill offers a law to provide for the recognition of women’s work in agriculture sector, including farming, livestock and fisheries and related sectors and promotes and protects their rights to ensure their participation in decision-making and foster empowerment.

It ensures various long-denied rights to the women agriculture workers.

“A woman agriculture worker shall receive pay in cash or in kind, for any agriculture work undertaken individually, or as part of a family unit, on land and livestock belonging to her or her own family, or to someone else which shall be an equal to pay received by male workers for same work,” said the bill.

The pay of a woman agriculture worker shall not be less than the minimum wages fixed by the government, it said.

“The working day of a woman agriculture worker shall not exceed eight working hours, and shall not commence until one hour after daybreak, or continue beyond one hour prior to sunset.”

It said these workers shall take time off work due to sickness or for antenatal and postnatal care and routine check-ups.

A woman agriculture worker is entitled to 120 days of maternity leave.

Every woman agriculture worker is entitled to iddat leave.

The law says female agriculture workers having children of up to two years of age may breastfeed their children in safe and hygienic conditions and in the first six months of a child’s life a worker should receive the necessary support to exclusively breastfeed her child.

They should have the right “to access government agricultural, livestock, fisheries and other services, credit, social security, subsidies and asset transfers in their own individual rights, or in association with other women agriculture workers”.

Each of these workers should perform work free from all forms of harassment or abuse.

A woman agriculture worker shall receive a written contract of employment if she so demands.

The law sanctions these workers the right to form unions or associations or to associate themselves with an association.

The new law makes it clear that these workers should not be discriminated against with respect to employment opportunities, wages and working conditions on grounds of sex, land ownership, caste, religion, ethnicity and residential status.

These rights are applicable to all women agriculture workers.

The new law makes the provincial labour and human resources department bound to maintain a register of women agriculture workers at every union council.

Every woman agriculture worker could apply for registration to a union council she resides in.

A union of women agriculture workers should consist of at least five Benazir card holders for registration.

The ministries of health, population welfare, local government, women development and labour have been asked to prepare and implement a two-year plan to ensure that their outreach and services are appropriate and accessible to the needs and rights of women agriculture workers.

The Sir Cowasjee Jahangir Institute of Psychiatry and Behavioural Sciences, Hyderabad Bill, 2019 was introduced in the house and the draft was referred to the relevant standing committee for consideration.

Earlier, several members, mostly belonging to the ruling PPP, made congratulatory speeches after Faryal Talpur, who has recently been released on bail, entered the house.

During his speech, MQM-P’s Mohammad Hussain said the government should make arrangements to ensure that no undertrial woman prisoner should be jailed and instead be held under house arrest.

Faryal Talpur thanked the court that granted her bail “on merit”.

She narrated her ordeal in Adiala jail, where, she said, she endured worst days of her life.

She said she was charged for misappropriating Rs30 million, while the amount she paid in tax was more than this sum. 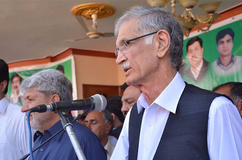