Fawad Chaudhry says attempts being made to 'divide, weaken army under targeted strategy' 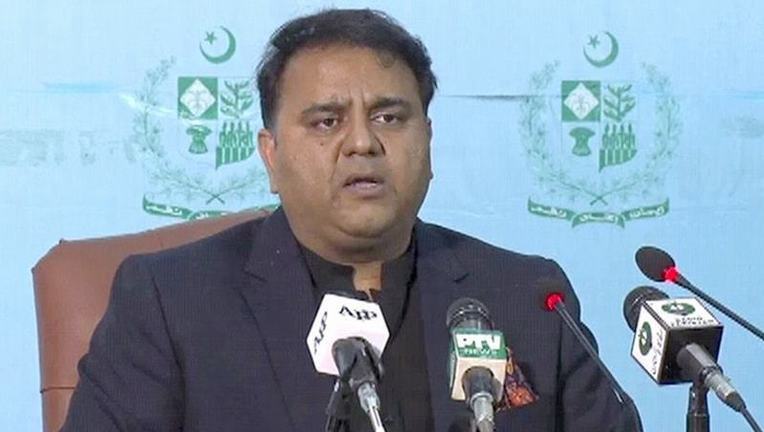 Federal Minister for Science and Technology Fawad Chaudhry on Friday warned "it would not possible to save [the country] from anarchy if the institution of army is divided or weakened."

In a series of tweets, Chaudhry said that the armed forces were being "targeted under a specific strategy".

While referring to the detailed verdict issued by a special court in the treason case against former president retired Gen Pervez Musharraf, Chaudhry said: "This is not an individual matter of Pervez Musharraf's; the Pakistan Army was targetted with a specific strategy.

"First the army and ISI (Inter-Services Intelligence) were involved in the [Tehreek-i-Labbaik] sit-in case, then the army chief's extension was made controversial and now a popular former army chief has been humiliated."

"The sequence of events is not a judicial or legal matter anymore, it is more than that. If the institution of the army is divided or weakened, then it will not be possible to save [the country] from anarchy," he said in a second tweet. "Gen Bajwa and the current army setup has stood by democratic institutions but this support should not be considered as a weakness."

The tweets come a day after a special court issued the written verdict of a treason case against former president Musharraf in which he has been sentenced to death by a three-judge bench. The judgement is split 2:1, with Justice Shahid Karim of the Lahore High Court agreeing with Peshawar High Court Chief Justice Waqar Ahmad Seth and Justice Nazar Akbar of the Sindh High Court dissenting.

The judgement was authored by Justice Seth, who wrote: "We direct the law enforcement agencies to strive their level best to apprehend the fugitive/convict and to ensure that the punishment is inflicted as per law and if found dead, his corpse be dragged to the D-Chowk, Islamabad, Pakistan and be hanged for 03 days."

Justice Karim agreed with Justice Seth's decision with the exception of paragraph 66 which mentions "dragging the body to D-Chowk", saying that the punishment "has no basis in law and will be ultra vires for this court to do so".

The verdict drew angry responses from the government and the armed forces, with the former announcing to file a reference against Justice Seth in the Supreme Judicial Council.