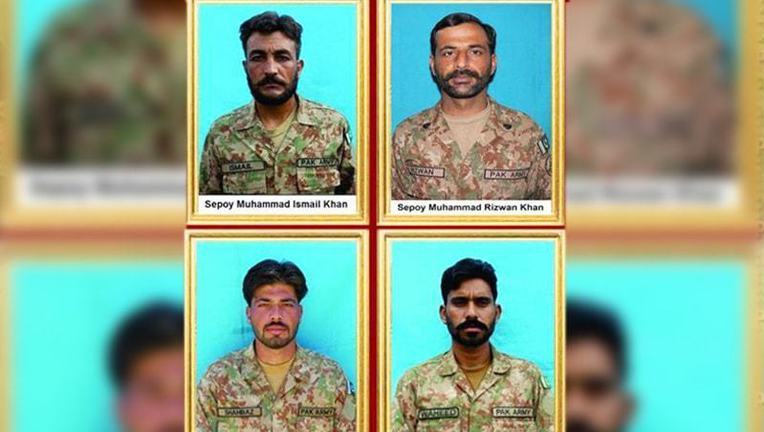 Four soldiers of the Pakistan Army were martyred during an intelligence-based operation (IBO) in North Waziristan, the military's media affairs wing said on Sunday.

"Sanitisation force conducted [an] operation against terrorists' hideout in Vezhda Sar this morning. As soon as the troops cordoned off the area, terrorists opened fire. All dug out terrorists were shot down by security forces," the statement added.

Meanwhile, Leader of the Opposition in the National Assembly Shehbaz Sharif paid tribute to the martyred sepoys, calling them "heroes".

"No sacrifice is greater than the supreme sacrifice of life for the motherland. Valiant soldiers of our armed forces who laid down their lives in operation in North Waziristan are our heroes," he said in a tweet.

"The nation will remain grateful to them for their sacrifices."

In May, seven soldiers were martyred in two separate terror attacks in Balochistan.

According to the ISPR statement, terrorists targeted a vehicle of the Frontier Corps (FC) in Mach using improvised explosive devices (IEDs), claiming the lives of six Pakistan Army soldiers.

In a separate incident at Kech, another soldier, Sipahi Imdad Ali was martyred in an exchange of fire with militants.