Iran confirms it is enriching uranium to 20pc at Fordow 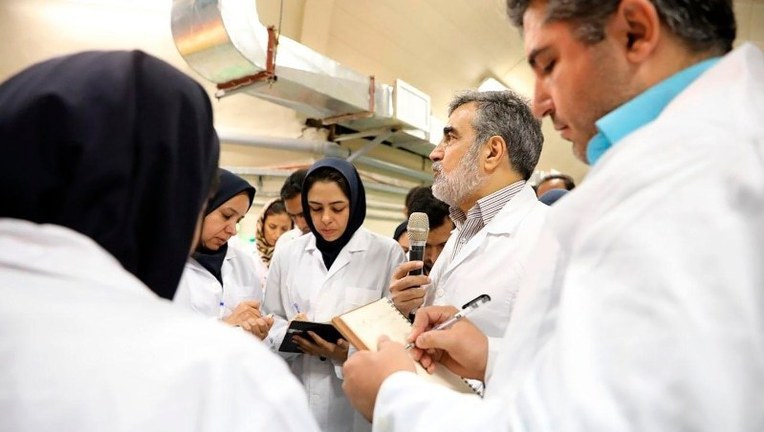 Iran confirmed on Tuesday it is now enriching uranium to 20 per cent purity, well beyond the threshold set by its 2015 nuclear deal with major powers, sparking international concern.

The move at its underground Fordow facility was also confirmed by UN watchdog the International Atomic Energy Agency (IAEA).

It was the most striking suspension yet of Iranian commitments under the landmark 2015 deal, a process it started in 2019 in response to US President Donald Trump's dramatic withdrawal from the accord the previous year.

“At around 7pm (1530 GMT on Monday), we reached 20pc” enrichment, spokesman Behrouz Kamalavandi told state television in an interview aired on Tuesday.

Announcing the move on Monday, government spokesman Ali Rabiei said President Hassan Rouhani had ordered the enrichment “in recent days” in line with a law passed last month by the conservative-dominated parliament.

The law “for the lifting of sanctions and protection of the Iranian people's interests” mandates Rouhani's government to “produce and store 120 kilogrammes (265 pounds) per year of uranium enriched to 20pc”.

Foreign Minister Javad Zarif tweeted that “we resumed 20pc enrichment as legislated by our parliament,” adding that the IAEA had been “duly notified”.

He stressed that Tehran took the step “after years of non-compliance” by other parties and that “our measures are fully reversible upon full compliance by all”.

The step comes less than three weeks before the end of the presidency of Trump, who has sought to economically punish and diplomatically isolate Iran with a “maximum pressure” campaign, including tough sanctions.

The outgoing administration deplored Iran's plan to step up uranium enrichment. “Iran enriching uranium to 20pc at Fordow is a clear attempt to increase its campaign of nuclear extortion, an attempt that will continue to fail,” a State Department spokesperson said.

The Iranian government has signalled a readiness to engage with US President-elect Joe Biden, who takes office on January 20 and has expressed willingness to return to diplomacy with Tehran.

Iran's return to enrichment of uranium to 20pc purity has triggered international concern because it is seen as a significant step towards the 90pc level required for a nuclear weapon.

The IAEA confirmed that “Iran today began feeding uranium already enriched up to 4.1pc U-235 into six centrifuge cascades at the Fordow Fuel Enrichment Plant for further enrichment up to 20pc”.

“Iran's decision to continue violating its commitments, to raise the enrichment level and advance the industrial ability to enrich uranium underground, cannot be explained in any way except as the continued realisation of its intention to develop a military nuclear programme,” Netanyahu said in a statement.

“Israel will not allow Iran to manufacture nuclear weapons.”

The European Union said Iran's enrichment programme would be a “considerable departure” from the deal.

Russia's envoy to the IAEA said that Moscow is “not enthusiastic” about Tehran's move but emphasised that “there is nothing to overdramatise”.

“The nuclear programme remains fully transparent and verifiable,” Mikhail Ulyanov wrote on Twitter. “We should focus on means to restore comprehensive implementation of the nuclear deal.”

Iran had on December 31 informed the IAEA that it would begin producing uranium enriched to up to 20pc, the level it had before the nuclear deal was reached.

According to the latest IAEA report available, published in November, Tehran was previously enriching uranium to levels greater than the limit provided for in the 2015 Vienna agreement (3.67pc) but not exceeding the 4.5pc threshold, and still complied with the agency's strict inspection regime.

But there has been turmoil since the assassination in late November of Iranian nuclear physicist Mohsen Fakhrizadeh.

In the aftermath of the attack, blamed on Israel, hardliners in Tehran pledged a response and the conservative-dominated parliament passed the new law.

Rouhani had opposed the legislation, describing it as “detrimental to the course of diplomatic activities”.

Quoted by the government's website, Rabiei said that the administration's stance towards the law is clear, “but the government considers itself bound to carry out the law”.