Zulfi Bukhari's resignation has not been accepted, says Ghulam Sarwar 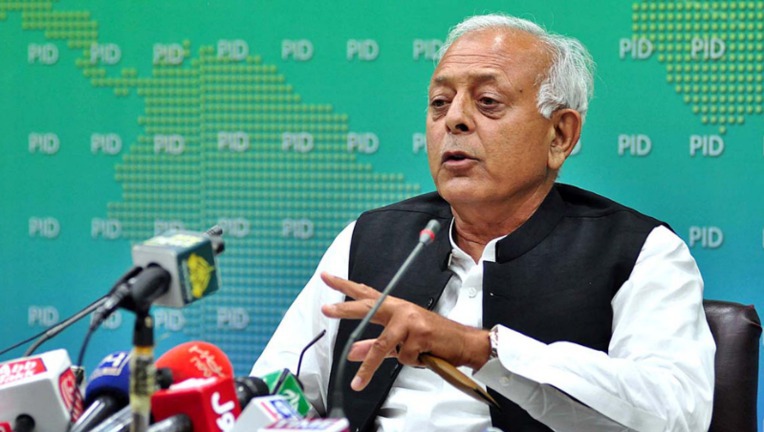 Federal Aviation Minister Ghulam Sarwar Khan has said that the resignation of former special assistant to the prime minister on overseas Pakistanis, Zulfi Bukhari, had not been accepted, adding that he would rejoin the federal cabinet after the inquiry into the Rawalpindi Ring Road project concludes.

Speaking on DawnNewsTV show 'Live with Adil Shahzeb', the minister said that Bukhari had nothing to do with the scam. "He is young so he got a little emotional and offered his resignation," he said, adding that it "had not been accepted".

He added that the former SAPM was also not being investigated. "An inquiry is being conducted against government officials who changed the alignment etc. No political figure played a role in this."

He said that once the inquiry concludes and Bukhari is cleared of all charges, he will rejoin his office.

Talking about himself, Khan also said that the prime minister was "satisfied since day one" that he had nothing to do with the scam. "I have a political attachment to it as it is of national importance," he said.

"This [project] is also a major necessity of Rawalpindi and Islamabad. An inquiry needs to be conducted so that those responsible can be held accountable," he said, adding that it was a flagship project for the PTI.

He said that he raised this point during his meeting with the prime minister on Wednesday. "This project will soon begin with a new alignment," he claimed, adding that it will also be completed on time.

When asked about the fact that the project was not included in the Annual Development Programme (ADP) of the Punjab government, the minister said that money was allocated last year of which some was also released.

"The project is still alive at the same stage. The Punjab government had to do land acquisition and it was supposed to be completed through public-private partnership. Only the alignment needs to be changed."

In May, Bukhari had resigned from his position over the allegations levelled against him in the Rawalpindi Ring Road project scam. In a series of tweets, Bukhari said he was stepping down until his name was cleared of "any allegations and media’s obnoxious lies" regarding the case.

He recalled Prime Minister Imran Khan as saying that "if a person has been named rightly or wrongly in any inquiry he should cease to hold any public office till his name has been cleared of charges".

"Owing to the allegations in ongoing Ring Road inquiry I want to set this example by resigning from office until my name is cleared up of any allegations and media’s obnoxious lies," he wrote.

The premier's aide reiterated that he had "nothing to do" with the Ring Road or any other ongoing real estate project. "This time the inquiry should be done by capable personnel, I endorse a judicial inquiry," he said.

"I’m here to stay in Pakistan and stand united with the Prime Minister and his vision," Bukhari, who is a dual British-Pakistani national, stressed. "I sacrificed my life overseas to come and serve my country, I am ready to face any inquiry."

Prime Minister Imran had appointed Bukhari as his special assistant on overseas Pakistanis and human resource development a month after taking office in September 2018. He had the status of a minister of state for his office.

Prior to Bukhari's resignation, the prime minister ordered a full-fledged inquiry into the RRR project scam after which the Punjab government decided to send the case to the Federal Investigation Agency (FIA) or the National Accountability Bureau (NAB) for thorough investigation.

The decisions were taken as two fact-finding reports — one by the Rawalpindi commissioner and the other by the deputy commissioner — landed at the prime minister office, with the second report hinting that the project had been realigned with the approval of Punjab Chief Minister Usman Buzdar and his finance adviser Dr Salman Shah.

However, the PML-N had demanded action against the relevant authorities for approving the road’s realignment, asserting that Chief Minister Buzdar, Prime Minister Imran and "direct beneficiaries" such as cabinet members Ghulam Sarwar Khan and Bukhari should not be exempted. 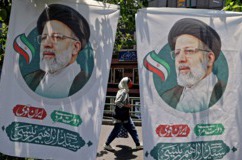