KARACHI: Just a few days after rejecting claims about shortage of Covid-19 vaccine, the federal government admitted on Friday that it was facing challenge in procurement of fresh consignments of the jabs citing “pressure to make immediate payments” from the international suppliers.

The situation has slowed down the crucial vaccination programme across the country with Sindh alone cutting down its daily target almost by 50 per cent, according to officials and sources.

Only on Wednesday, Special Assistant to the Prime Minister on Health Dr Faisal Sultan had rejected claims that people were unable to get their second shots on time amid severe shortage of Covid-19 vaccine and said around two million doses were available in the country. But his meeting with federal Finance Minister Shaukat Tarin along with Minister for Planning, Development and Special Initiatives Asad Umar and Minister for Economic Affairs Division (EAD) Omar Ayub told a different story.

A statement issued after the meeting suggested immediate measures being taken by the government amid growing demand of vaccine with a decision to start the process of availing the credit lines with the country’s development partners to ensure timely payments to the vendors to maintain supply chain of the vaccines.

Amid shortage of jabs, inoculation process slows down across country, with Sindh suffering the most

“Federal Minister for Finance and Revenue, Mr Shaukat Tarin, held a special meeting with the Minister for Planning, Development and Special Initiatives Asad Umar and Federal Minister for Economic Affairs Division Omar Ayub Khan along with Special Assistant to the Prime Minister on National Health Services, Regulations and Coordination Dr Faisal Sultan to review the COVID-19 Vaccine availability situation in the country,” the statement said.

“Minister Planning, in his position as Chairman NCOC [National Command and Operation Centre], briefed the meeting that the NCOC forum reviews the situation on weekly basis and makes all possible efforts in collaboration with the relevant stake holders that the vaccine supply chain is not disrupted. He said that almost every country is securing its supplies in advance, which built pressure to make immediate payments.

The finance minister, the statement said, was also briefed by Omar Ayub on the availability of credit lines with Pakistan’s development partners for vaccine procurement.

The situation has pushed the authorities to review all possible options and finally to go for the most effective and result-oriented option.

“The Finance Minister said that providing safety to our citizens through the timely vaccine procurement is foremost priority of the government,” the statement said. “He directed EAD [minister] to start the process of availing the credit lines with our development partners for ensuring timely payments to the vendors as no compromise will be made on the health of the Pakistanis. The Finance Minister also directed Finance Division to ensure timely disbursement of funds as per supplies schedules.”

On the other hand, the shortage of supplies has already started showing results on grounds. Reports are emerging from the four provinces, federal capital and Gilgit-Baltistan about the slowing down of the pace of vaccination programme. The most significant impact is seen in Sindh which has been leading the programme by vaccinating more people than any other part of the country. The province, however, for the last three to four days has cut down the number of people to be vaccinated and also contained the scope of its programme by suspending inoculation at several centres and shifting focus to major urban centres.

After touching the mark of administration of 130,000 doses in a day earlier this week, the vaccine centres across the country on Thursday inoculated only 55,728 people, including 46,113 who received their second shots. As such only 9,615 people received their first jab.

The provincial administration of Sindh confirms that “there’s a crisis.”

“We have set up about 400 vaccination centres across the province,” said Qasim Soomro, a PPP MPA and a members of the Provincial Vaccine Administration Cell headed by the Sindh health secretary. “But after this crisis emerged, we have suspended programme at several stations and are focusing more on major urban centres. We have even moved our stocks from the rural areas to the urban clusters. But through this arrangement, we can only manage for next couple of days. The federal government has assured us of restoring supplies in a day or two. Let’s see.”

He said apart from running the vaccination progamme at 400 centres, the Sindh government was also providing the facility at several other places through special arrangements, inoculating people at their workplaces, educational institutes, trade associations, trust hospitals and major industrial units.

“But all these programmes have been suspended after the fresh situation [shortage of vaccines],” said Mr. Soomro. “Similarly, we have prepared special 30 mobile vans which were moving to different places, including congested places like mass parking areas and remote areas of the province, to facilitate people to get vaccinated without disturbing their daily life. But that programme has also been suspended for a while.” 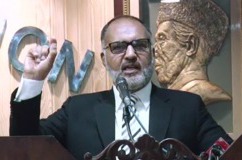 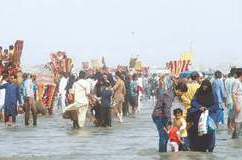 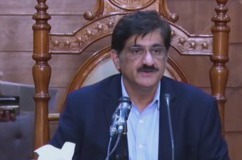 Murad says at least Rs3tr needed for development of Karachi 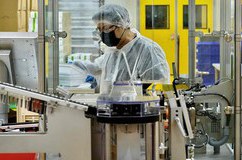 Can you mix and match Covid-19 vaccines?