Search
Hapka.info: Main page » Archive »  Development funds given to Sindh either end up in Dubai, Canada or Europe, Fawad takes dig at PPP

Development funds given to Sindh either end up in Dubai, Canada or Europe, Fawad takes dig at PPP 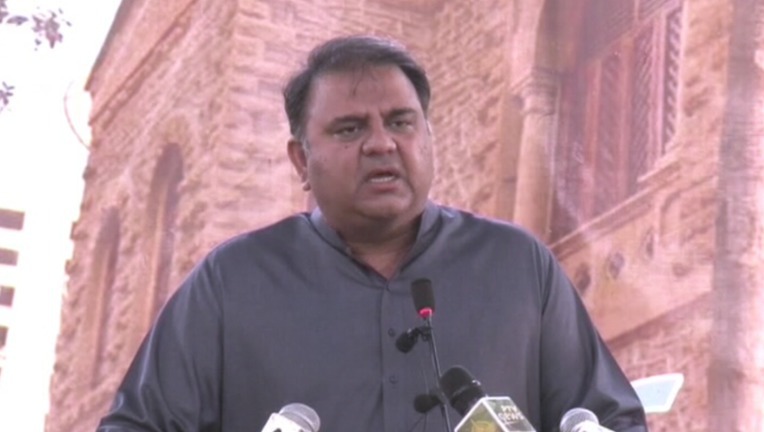 Federal Information and Broadcasting Minister Fawad Chaudhry took a dig at the PPP, the ruling party in Sindh, on Sunday, saying that the funds given to the provincial government by the Centre ended up either in Dubai, Canada or Europe.

He was alluding to money laundering cases filed against PPP leaders, including the party's co-chairperson, Asif Ali Zardari, and his sister, Faryal Talpur.

Addressing a press conference in Karachi, the federal minister held Sindh's rulers responsible for what he dubbed as the province's derelict condition, claiming that they were, in fact, Sindh's enemies and that their days were numbered.

"There is no democracy here [in Sindh]. Here, there is a dictatorship under the guise of democracy and that is why people here have been deprived of their rights," he said, questioning where the funds given for the province's uplift were spent as no improvements were visible.

He added that while the Pakistan Tehreek-i-Insaf (PTI) was often asked about the dire state of infrastructure and the lack of development in Sindh on the grounds that Karachi's residents had voted for it in the last elections, it was the PPP-led provincial government that was actually responsible for the development of Sindh.

"Under the 18th Amendment, it is the responsibility of the provincial government, and our responsibility ends after the release of funds," said Chaudhry, pointing out that Rs700-750 billion, excluding grants, had been allocated for Sindh in the budget for the fiscal year 2021-22.

However, he said, the need was felt to monitor the expenditure of funds issued to the Sindh government and the federal government planned to do so through a third party.

"In the first phase, funds for projects under PSDP (Public Sector Development Programme) will be monitored and this will be a big step towards giving relief to the people of Sindh," the minister said.

Earlier in the press briefing, Chaudhry, while commenting on proposed electoral reforms that have been a point of contention between the government and the opposition of late, explained that the former's intention was to devise a mechanism trusted by all parties and no doubts were raised on election results.

The minister went on to say that on the one hand, the PPP portrayed itself as the champion of democracy and on the other, it was often the first one to oppose democratic ideas.

He further accused the party's leaders, particularly naming Asif Ali Zardari, Bilawal Bhutto-Zardari and Faryal Talpur, of stealing water and diverting the water to their own lands.

"That's why Sindh has opposed the Irsa's (Indus River System Authority's) proposal to monitor the inflow and outflow of water in the province."

Chaudhry said that the PPP, as well the PML-N, no longer acted as a national party, but as a regional party.

"But their [the PPP's] days are numbered ... and the PTI will win the next election in Sindh," he said, assuring that Prime Minister Imran Khan would himself lead the election campaign in Sindh in 2023.

"But they can't defeat Imran Khan like this. They will need to review their performance of the past years."

He went on to hail the prime minister for having clear policies and improving the economy.

In reply to a question about him urging the Supreme Court to enforce Article 140-A of the Constitution in Sindh, he said it was necessary for the formation of the provincial financial commission, and in turn, for the devolution of power to the district level and the people of the province.

To another question about the figure of around four per cent growth rate being challenged, Chaudhry justified that the growth was fuelled by a large amount of remittances sent by overseas Pakistanis, bumper crops, the revival of the large-scale manufacturing sectoring and other such factors. 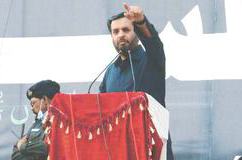