Goods produced in Pata to be cleared at Azakhel: FBR

ISLAMABAD: The Federal Board of Revenue (FBR) on Monday informed the Public Accounts Committee (PAC) that the clearance of industrial goods produced in Provincially Administered Tribal Areas (Pata) will be done at Azakhel in Khyber Pakhtunkhwa instead of Karachi.

FBR chairman Asim Ahmed told the PAC that in case the products manufactured in the industrial areas within the jurisdiction of Pata were sold outside its jurisdiction, these would be subjected to 16 per cent tax.

He, however, said that since the FBR lacked expertise to deal with such industry-related matters, it had been recommended to constitute a committee.

According to him, the committee will comprise officials of the federal Ministry of Industries and Production and experts from provincial industries.

The committee also examined the audit paras of the Communication Division.

PAC member Noor Alam Khan highlighted the dilapidated condition of the main highways from Peshawar to Lahore and said these are the primary reason for frequent road accidents.

Syed Naveed Qamar pointed out that Motorway’s section from Sukkur to Hyderabad is also wearing the similar look.

Rohale Asghar drew the committee’s attention to the Grand Trunk Road and said that the condition of bridges across GT Road is not satisfactory.

Committee chairman Rana Tanveer Hussain asked the communication secretary to apprise them of the situation.

The communication secretary sought time from the committee and said that he would give a detailed briefing to the PAC in its next meeting.

The PAC chairman also directed him to apprise the committee of the measures taken for the safety of commuters. 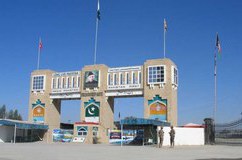