Presiding over a meeting, the prime minister said the party should consider forthcoming elections in Azad Jammu and Kashmir and in all military cantonment boards as warm up sessions for the general elections.

“The prime minister was keen that the party should contest AJK and cantonment boards elections with full preparation and devotion,” Information Minister Fawad Chaudhry told Dawn after the meeting at PM’s private hilltop residence at Banigala.

The minister revealed that the prime minister also directed the participants of the meeting to start PTI’s door-to-door membership campaign aimed at expanding the party vote bank for the next general elections.

Replying to a question the information minister said the ruling party would soon start membership campaign in all four provinces and other parts of the country.

All parliamentarians of the party have been tasked to expand the party vote bank.

Public meetings will also be held in this regard, the information minister said.

The prime minister was of the view that the results of the two coming polls would definitely have an impact on the next general elections, the minister said.

The meeting stressed the need for the use of Electronic Voting Machines (EVMs) in elections to avoid chances of rigging in the polls.

The meeting also expressed displeasure over the opposition’s stance on not using the EVMs.

The meeting also emphasised that the government must give right of vote to overseas Pakistanis and make necessary legislation even if the opposition did not sit with the government on the matter.

The meeting was informed that a parliamentary committee comprising members from the treasury and opposition benches had been formed to review passage of 21 bills last month in “haste”. 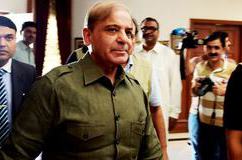