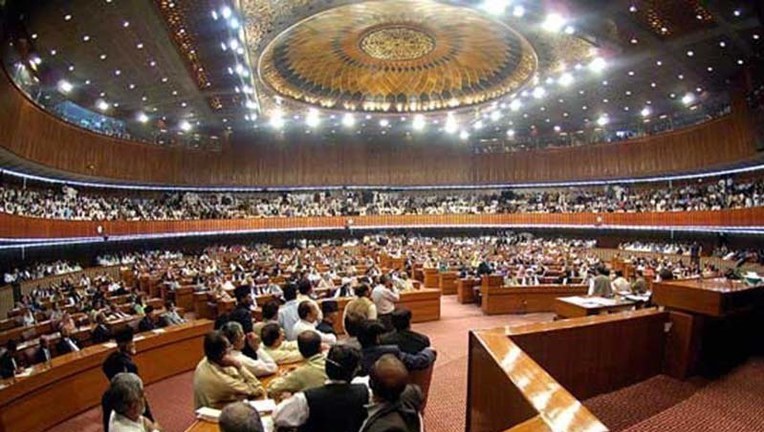 ISLAMABAD: The Pakistan Tehreek-i-Insaf-led coalition government has significantly reduced its reliance on presidential ordinances for doing legislation during the third parliamentary year of the National Assembly as compared to the previous year when the ordinances had outnumbered the laws passed by the parliament.

The official data shows that during the third parliamentary year ending on August 12, the government has so far promulgated 18 ordinances, including the three controversial ordinances seeking changes to the country’s election and tax laws.

The most controversial among the 18 ordinances promulgated this year were the ones seeking amendments to the Election Laws 2017 and the Tax Laws (Amend­ment) Ordinance 2021.

In February, the government promulgated the ordinance amending the Elections Act 2017 for the use of an “open and identifiable ballot” in the Senate elections, which were to be held in March.

The text of the one-page ordinance, titled the Elections (Amendment) Ordinance 2021, had been released by the then information minister Shibli Faraz through his official social media account on Twitter, hours after Pakistan Peoples Party chairman Bilawal Bhutto-Zardari had told a presser that any such move by the government would be “illegal and unconstitutional” as it would amount to influence the Supreme Court dealing with the government reference seeking open ballot in the Senate elections.

The government had obtained the federal cabinet’s approval of the ordinance through circulation.

Interestingly, the text shows that the ordinance has “come into force at once”, but an amendment to Section 122 of the Elections Act 2017 made it conditional to the final decision of the Supreme Court on the presidential reference. The court later dismissed the reference and sent the matter back to the parliament.

Article 89(1) of the Constitution says the president can promulgate an ordinance “if the Senate and the National Assembly are not in session” and “the president is satisfied that circumstances exist which render it necessary to take immediate action”.

However, President Dr Arif Alvi promulgated the Elections (Amendment) Ordinance only a day after having prorogued the sessions of both houses of the parliament.

Several legal experts had termed the promulgation of the ordinance “presumptive legislation” as the SC had not decided the presidential reference by that time which the government has filed to seek interpretation of Article 226 of the Constitution.

Later in May, the government in another hasty move promulgated an ordinance authorising and binding the Election Commission of Pakistan (ECP) to procure electronic voting machines (EVMs) and to enable the overseas Pakistanis to exercise their right to vote in the next general elections while staying in their country of residence.

This time President Alvi promulgated the Elections (Second Amendment) Ordinance 2021 just two days after the Speaker of National Assembly had constituted a committee comprising cabinet members to engage the opposition on the issue of electoral reforms.

Federal Minister for Information Fawad Chaudhry while justifying promulgation of the ordinance later explained that the government’s move was aimed at providing ample time to the ECP to make arrangements for the use of EVMs and for enabling the overseas Pakistanis to cast their votes in the next general elections. He recalled that the ECP had argued before the 2018 general elections that the commission had not been given sufficient time to arrange e-voting facility.

Therefore, he said, the ECP was being provided an opportunity to seek the assistance of Nadra or any other agency for finalizing the arrangements before the next general elections. He also told the media that a Spanish firm had already been engaged to assist the ECP in the process.

Mr Chaudhry also claimed that the purpose of promulgating the ordinance was to show to the public that the PTI government was committed to those issues.

The country’s major opposition parties however rejected the government’s idea of using EVMs in the elections, terming it a move to rig the 2023 general elections.

The ECP is also opposed to the idea of using the EVMs and one of its officials said the commission was not part of the meetings, chaired by Prime Minister Imran Khan on the use of technology in the elections and claimed that the PM had been shown a nine-year-old “lab-produced voting machine” that the ECP had rejected at the very beginning for lacking features of international standards.

The ECP official said the government had promulgated the ordinances in haste. He said the ECP was not against technology but at the same time could not support the idea of using insecure technology. Employing the technologies in haste could be counter-productive and compromise quality of polls, he warned.

In March, the National Assembly witnessed a legal and technical debate on the issue of changing tax laws through the ordinances when the opposition protested over the government’s act of promulgating the Tax Laws (Amendment) Ordinance 2021.

The opposition parties questioned the government’s powers to bypass the parliament and termed the move unconstitutional and a breach of the parliament’s privilege.

While the opposition lawmakers asked the government to immediately withdraw the ordinance, a number of cabinet members defended the law, saying it had done ‘nothing unconstitutional’ and that the opposition members were ‘wrongly interpreting’ Article 73 of the Constitution, which stated “a money bill shall only be originated in the National Assembly”.

The lawmakers belonging to the main opposition Pakistan Muslim League-Nawaz (PML-N) particularly blasted the government for making changes in taxes worth over Rs700 billion through the presidential ordinance.

Reading out Article 73 of the Constitution, PML-N’s Ahsan Iqbal said the money bill “shall originate from the National Assembly”, adding that the president or any other institution had no powers to make changes in the tax laws.

“Imposition of taxes through ordinances from the Presidency is an insult to the whole house,” said Mr Iqbal during the NA session. He demanded the Speaker that being custodian of the house, he should take notice of the development and give a ruling on the matter.

The house had also witnessed a rumpus when the former minister for industries Hammad Azhar instead of defending the government’s act of promulgating the ordinance as usual started criticising the previous governments of making such changes in taxes through SROs (statutory regulatory orders) in the name of tax reforms.

Adviser to the PM on Parliamentary Affairs Babar Awan, however, clarified that the ordinance would be laid before the National Assembly in the form of a money bill.

He was of the opinion that the Constitution did not put any bar on the President regarding the promulgation of an ordinance on any specific subject.

The speaker first gave the ruling that the government had the powers to promulgate all types of ordinances, but later showed his intent to form a joint government-opposition committee on the matter when former prime minister Raja Pervez Ashraf and former NA speaker Ayaz Sadiq requested him to take time and not give any ruling without hearing legal arguments. 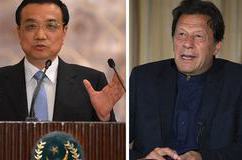