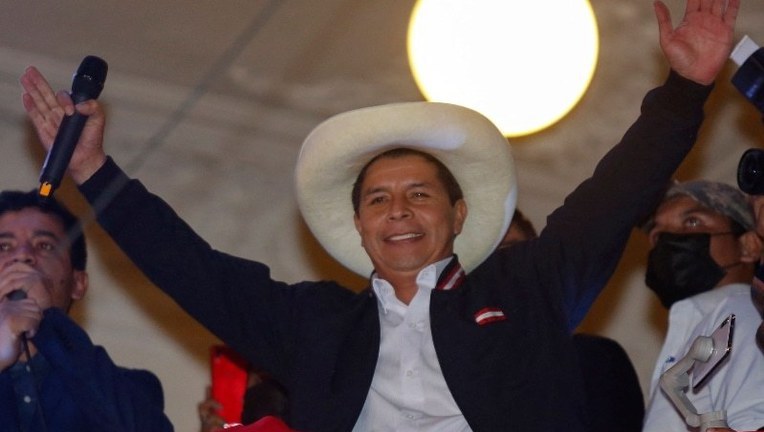 LIMA: Leftist school teacher Pedro Castillo was proclaimed Peru’s president-elect on Monday, six weeks after a polarising vote of which the results were delayed by claims of electoral fraud from his right-wing rival, Keiko Fujimori.

“On behalf of my family I would like to salute the electoral authorities and also to salute the political parties that have taken part in this democratic celebration,” Castillo told supporters gathered at the headquarters of his Peru Libre (Free Peru) party in Lima.

“Dear compatriots, I bring here an open heart for each and every one of you,” he declared from the balcony after Jorge Luis Salas, head of the JNE elections jury, announced his victory in a brief virtual ceremony.