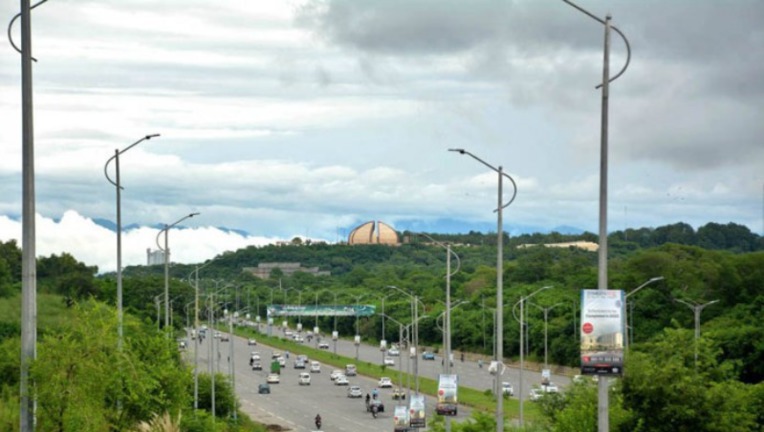 ISLAMABAD/RAWALPINDI: The Capital Development Authority (CDA) has divided the federal capital into four zones to carry out cleanliness drive on Eidul Azha.

According to the CDA, the civic agency has deputed 100 vehicles and more than 200 staff to carry out cleanliness duties and dug up 80 pits in 40 locations to dispose of remains of sacrificial animals.

In addition, two emergency cells have been established in G-6/1/4 and transport section of the sanitation directorate will work day and night at the Fire Headquarters in G-7/4.

According to a press release issued on Tuesday, these decisions were taken in a meeting which was presided over by CDA Chairman Amer Ali Ahmad. The meeting was also attended by Member Administration Amir Abbas, Member Finance Rana Shakeel, Director General Civic Management Ghulam Sarwar Sindhu and other officers of the sanitation directorate.

“On the direction of the CDA chairman, the Sanitation Directorate has made special arrangements for disposal of animal waste,” the press release said.

“In this regard, the city has been divided into four zones so that the desired results can be achieved. The areas in Zone 1 are F-5, F-6, Blue Area, Saidpur, Bari Imam, Faisal Masjid, E-7, F-7, G-8 and F-8 while F-19, F-11, Golra Sharif, G-8, G-9, G-10 and G-11 fall in Zone 2. Sectors H-8, H-9, H-10, H-11, I-8, I-9, I-10 and I-11 have been included in Zone-III. Zone-IV includes areas of Highway, Model Village Humak, Shahzad Town, Rawal Town, Margalla Town, Lehtrar Road and Bhara Kahu. Each zone will be supervised by a chief sanitary inspector while sanitary inspectors and supervisors will provide services in their respective areas,” the press release said.

It said according to the action plan, holidays of the staff of the sanitation directorate had been cancelled during Eid and more than 2,000 staff will perform their duties. Additional vehicles, tractor trolleys, garbage compactors, escape lifters, truck dumpers, front loaders, shovels and dozers will also be utilised in the campaign.

In addition, the press release said citizens of Islamabad had been urged to refrain from slaughtering sacrificial animals on roads and give preference to a communal altar so that cleaning staff can clean it immediately.

The CDA management requested the public not to throw animal wastes in water, drains and forests and put it in garbage bins and trolleys.

The press release said a helpline related to sanitation for the citizens’ convenience.

The CDA chairman said only with full cooperation of the citizens and implementation of the given instructions the organisation could achieve the desired results.

Addressing a press conference, RCB Cantonment Executive Officer Farooq Ali Malik said a comprehensive plan had been chalked out in the cantonment areas while 10 complaint centres had been set up where people would lodge complaints if sanitary workers did not pick up animal waste on time.

He said 27 makeshift slaughtering points had been established where people would provide all facilities, including water, so that they perform their religious rituals without any hindrance.

“More than 25,000 biodegradable bags will be distributed among people to dispose of animal waste in them while sanitary workers will collect them for proper dumping,” he added.

Mr Malik said staff holidays had been cancelled in the wake of predictions of heavy monsoon rains and cleanliness would be ensured in cantonment areas. In addition to managing the garbage, before Eidul Azha, all garbage collection points had been cleared by the RCB, he added.

The RCB officer said this service would continue uninterrupted from 6am onwards from July 21 to July 23. Under the sanitation plan, 800 sanitary workers, 22 supervisors and four public health officers will perform their duties in each ward.

“The supervisor will be responsible for timely cleaning of his respective ward while workers will wash the area with phenyl and spray lime. During the three days of Eid, workers will carry out the cleanliness campaign on a daily basis. In this regard, RCB’s 20 mini trucks, 11 dumpers, nine tractor trolleys, six Suzuki pickups, six compactors, five trucks, six shovels and one excavator will be used while eight dumpers will be hired on rent,” he said.

He said garbage would be transferred to the dumping point and phone numbers of all grievance cells and area sanitary supervisors had been advertised so that residents of each area could contact their respective sanitary supervisor to ensure that garbage is picked up.