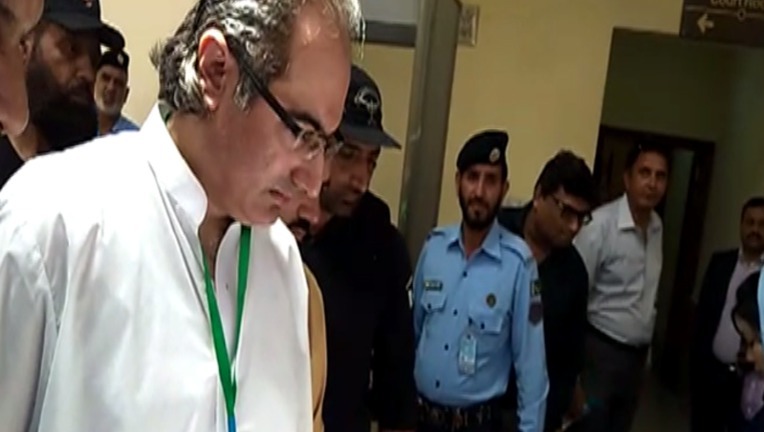 KARACHI: An accountability court has called a report from the National Accountability Bureau about an investigation into salaries and perks availed by Ayaz Khan Niazi during his three-year tenure as chairman of the National Insurance Company Limited (NICL).

The judge gave these directives on an application filed by an assistant director (Investigation Wing) of NAB, who had approached the court pleading to approve closure of an investigation into the salaries and perks of the former NICL chief initiated on the orders of the Supreme Court.

In the application filed under Section 9(c) of the National Accountability Ordinance, 1999, NAB assistant director Irfan Ali stated that while taking suo motu action against the then management of the NICL in 2012 the Supreme Court had observed that the appointment of Ayaz Khan Niazi was made in violation of Section 12 of the Insurance Ordinance, 2000 as he was not eligible for the post of NICL chairman.

He said that in compliance with the apex court’s order dated May 24, 2012, an FIR was transferred from the special court for anti-corruption to Accountability Court-III under Section 16-A(a) of the NAO, 1999. A separate inquiry for the recovery of the salary and perks received by Mr Niazi as chairman of the NICL was also authorised by the anti-graft watchdog, he added.

The assistant director stated that a reference was also filed accusing Mr Niazi of indulging in corruption and corrupt practices and misusing his authority, causing losses to the national exchequer by purchasing 10 acres of land at Deh Phihai in Landhi, Karachi, at exorbitant prices by the NICL.

The reference also pertained to alleged misuse of authority in illegal appointment of Mr Niazi as NICL chief, he added.

On Dec 8, 2018 Accountability Court-III convicted Ayaz Khan Niazi in the reference and acquitted co-accused Suleman Ghani. Meanwhile, the inquiry for the recovery of salary and perks was upgraded into investigation on July 30, 2018, he added.

However, Ayaz Khan Niazi filed a criminal accountability appeal in the Sindh High Court, which acquitted him of the allegations of his illegal appointment, the court was informed.

The assistant director said that NAB had challenged the SHC verdict in the Supreme Court, which had also endorsed the high court’s order pertaining to the appointment of Mr Niazi as NICL chairman.

“Therefore, keeping the scenario in view, the matter was presented in the Executive Board Meeting held on April 22, 2021 and on the recommendation of the Executive Board, the Chairman NAB had approved closure of investigation into salaries and perks of Mr Niazi, as suggested,” said the NAB assistant director.

Therefore, he asked for necessary approval for the closure of the investigation against Mr Niazi under Section 9(C) of NAO.