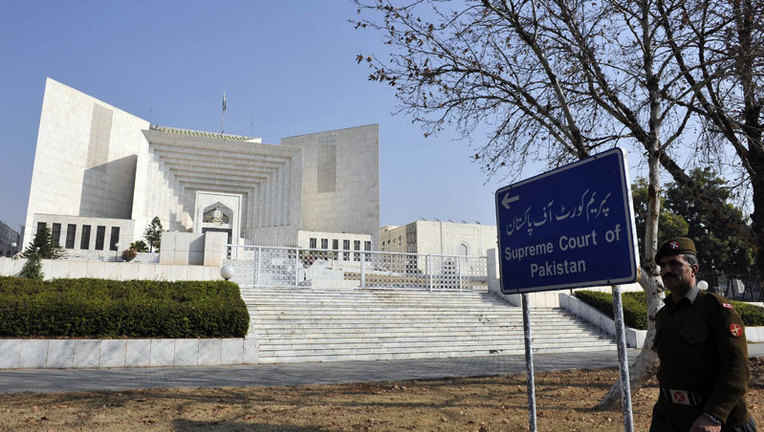 ISLAMABAD: The Supreme Court has regretted that the Khyber Pakhtunkhwa Prosecution Institu­tion has lost sight of the objective of achieving a speedy justice process as testified in a number of cases.

The prosecution institution has been established to oversee police investigation and ensure proper and timely prosecution of cases, but it is delaying the commencement of trials, regretted Justice Qazi Faez Isa in a judgement he wrote.

The three-page judgment came on a petition filed by one Amjid Khan against the April 30 Peshawar High Court order, which a two-judge SC bench consisting of Justice Isa and Justice Syed Mansoor Ali Shah had heard on July 8.

In a separate judgement also, Justice Faez Isa had earlier deplored that belated submission of investigation reports by the KP authorities that too without any ostensible reasons not only undermined the rule of law but was also a good indicator of bad governance.

Now in the fresh order, Justice Isa regretted that according to the KP additional advocate general, the prosecution institution received the investigation report (challan) from police on Feb 18, but sat on it for about four months for no reasons when the prosecution department is required to ensure that police properly investigate cases and the report is comprehensive and in accordance with the law.

The objective of the prosecution institution is not to create hurdles in the way of timely submission of investigation reports, the judgement said. It regretted that the April 30 PHC order had issued a directive for the prosecution to submit a complete challan within one week and conclude the trial against Amjid Khan expeditiously, but the challan was not submitted and, therefore, trial could not commence.

Justice Isa recalled that the British colonial rulers who had enacted the Code of Criminal Procedure (CCP) in 1898 bound themselves to submit investigation reports promptly. In 1992, the CCP was amended and a proviso specifying certain time periods was inserted after Section 163(1) to ensure further expeditious submission of the reports, Justice Isa said.

Justice Isa regretted it seems with every passing day the situation deteriorates further and it is a rare case in which the investigation report is filed within 14 days from the date of FIR registration. “We are constrained to observe that this unjustifiable delay in the submission of investigation reports (challans) also vitiates the fundamental rights of ‘fair trial and due process’ which the Constitution guarantees in its Article 14A,” he observed.

Justice Isa emphasised that the language of Section 163(1) of the CCP was very clear which required that the report was to be submitted through the public prosecutor, but its destination was the magistrate/court. But in this case, he regretted, the FIR was recorded on Aug 25 last year and the investigation report was submitted on June 8, 2021, after nine months and ten days, and no interim report was submitted. “Unfortunately, in the province of KP, Section 173 of the CCP with regard to timely submission of the reports, is violated in almost every case and now the court’s time is unnecessarily wasted by putting forward a submission which, if accepted, would negate the law,” he observed.

Justice Isa ordered that the present judgement be sent to the KP director general prosecution, advocate general and principal police officer for perusal.