BADIN: Police personnel were deployed at sensitive places within the Luari Sharif town, some 15 kilometres from here, and a strong contingent stood guard around the shrine of Hazrat Khwaja Mohammad Zaman, better known as Sultanul Aulia, amid tension between two rival groups of his disciples — one supported by ulema of a particular school of thought and the other one subscribing to the rituals followed by their ancestors.

Differences between the two groups had cropped up decades ago but the bone of contention was custodianship of the shrine. The shrine was sealed 37 years ago after a clash between them had left many people dead and injured. Sporadic clashes were reported after every four to five years but none of them resulted in heavy casualties. The Sindh government made two attempts to reopen the shrine since then but had to seal it off again after a few hours or a few days due to tension between the two groups.

A couple of days back, the home department on the recommendation of Badin district administration, imposed Section 144 in the town fearing violence amid reports that an unknown group of disciples was contemplating to “perform Haj” at the shrine on the 9th of Zilhaj (Tuesday) and a rival group was out to foil any such attempt. Such “pilgrimage” had allegedly been performed in the 1950s or 1960s, according to local residents.

A couple of days back, some ulema and other religious scholars, including Mufti Muneebur Rehman, Sahibzada Mohammad Zubair, Mufti Mohammad Jan Naeemi, Hafiz Ghulam Mohammad Soho and Pir Agha Jan Sarhandi, along with custodian of the shrine, Pir Mohammad Sadiq Qureshi, held a press conference here urging the authorities concerned to lift the Section 144 restrictions. They strongly rejected the reports that any group was trying to mobilise people for the so-called Haj.

However, sensing danger of violence in the town, Badin SSP Shabbir Ahmed Sethar deployed 150 police personnel under the command of two DSPs at the shrine and all sensitive points of the town to maintain law and order and prevent any eventuality.

Speaking to local reporters, he said maintaining law and order was his prime responsibility, adding that he was personally monitoring the situation.

No untoward incident, however, was reported from any part of the town till the last reports came in late in the evening.

The shrine custodian and religious scholars at their press conference said that the occurrence of the so-called Haj at the shrine was mere propaganda resorted to by “opponents of the shrine’s custodians of the past during British Raj to gain political mileage”.

They said all disciples of Sultanul Aulia strictly adhered to Shariah, adding that the custodians and other followers of the revered figures never allowed anyone to breach Islamic teachings and values.

“Even playing music at the shrine is strictly prohibited,” the muftis said. They demanded withdrawal of Section 144 forever to facilitate attendance of disciples in religious activities without any fear.

Religious scholars belonging to another school of thought also held a press conference the next day to remind the provincial government and district administration that the shrine had been sealed under a court order, which was still in field.

Maulana Abdul Hafeez Samoon, Qari Mehmood and others said unsealing of the shrine and allowing disciples to hold congregation inside would be tantamount to contempt of court.

They warned that any such action on the part of the authorities concerned could result in breach of peace.

It may be recalled that in January last year, the shrine was reopened after 36 years of closure on the orders of Auqaf Secretary Munawwar Mahesar, who had personally unsealed it.

He was quoted as saying that although his department had been looking after maintenance of the shrine round the year, it had sustained heavy damage during the 2011 rains and flooding that hit the entire province. He had observed that proper repair and renovation at the shrine could not be undertaken due to a tense situation that always prevailed in Luari Sharif town.

It was announced that women visitors would be allowed to enter the shrine from 7am to 11am and male visitors from 3pm to 7pm daily.

In an earlier attempt, in 2015, to reopen the shrine had led to a near showdown between rival groups of disciples. In an incident of firing, one person had lost his life. The shrine was ultimately sealed off again to avoid a flare-up. 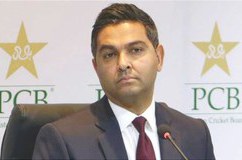