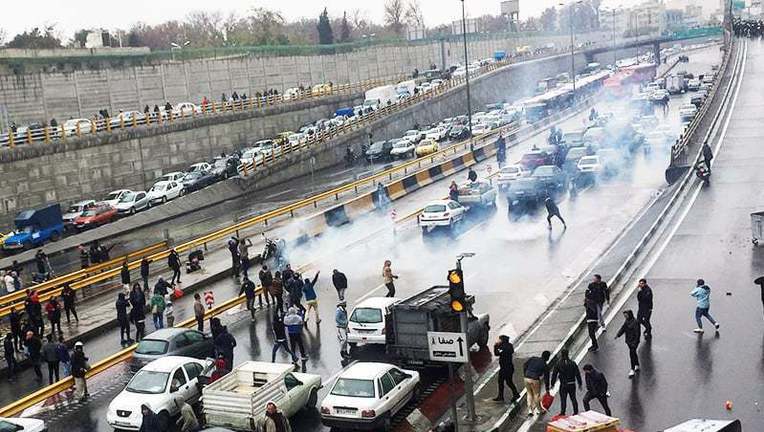 At least three people have been killed in Iran's southwestern province of Khuzestan following nearly a week of protests against water shortages, local media reported.

Wealthy Khuzestan is Iran's main oil-producing region, but it is struggling with a persistent drought that last week sparked protests over a lack of water.

Three people, including a police officer, have been reportedly killed.

The officer was shot in the port city of Mahshahr during “riots” on Tuesday, the official IRNA news agency said, quoting acting county governor Fereydoun Bandari.

“One officer was martyred and another injured in the leg,” Bandari said, although he did not specifically link the shooting to protests over water shortages.

There were protests in Izeh and Susangerd counties over “the water situation”, state TV said, reporting that “opportunists” had turned calm gatherings into clashes with the police.

Nobovati did not explicitly say if the victim was a protester.

On Saturday, state media reported a protester had been shot dead in the town of Shadegan by “opportunists and rioters”.

“The people of Khuzestan are staging nightly protests, protests that have been festering for years,” the reformist newspaper Arman-e Melli said on Tuesday.

They said security forces had forcibly dispersed protesters, but domestic media played down the reports.

The videos show hundreds of marching people, chanting slogans against authorities, while surrounded by anti-riot police. In some, what sounded like gunfire could be heard.

The videos shared on social media could not be independently verified.

“We have strongly emphasised that the security forces do not violently confront the people, let alone open fire,” Khuzestan governor Qasem Soleimani-Dashtaki said, according to the ISNA news agency.

The reformist Etemad newspaper said the hashtag “I am thirsty” in Arabic was trending on social media to draw attention to Khuzestan's plight.

Khuzestan is home to a large Sunni Arab minority, which has frequently complained of marginalisation in mainly Shia Iran.

In 2019, the province was a hotspot of anti-government protests that also shook other areas of Iran.

“There were signs of protests and unrest in the province a long time ago, but the officials, like always, waited until the last minute” to address them, Etemad said.

The government last week sent a delegation of deputy ministers to address the water shortage.

On Wednesday, state TV showed a long line of water trucks it said were from the Revolutionary Guard Corps, a day after army trucks did the same.

Earlier this month, President Rouhani said Iran was going through an “unprecedented” drought, with average rainfall down 52 per cent compared to the previous year.

This month, rolling blackouts began in the capital Tehran and several other large cities, which officials blamed on the impact of the drought on hydroelectric power generation, as well as surging demand.