Ejaz comes up with calculated response to Fawad’s statement LAHORE: Pakistan Tehreek-i-Insaf (PTI) Senator Ejaz Chaudhry has told Federal Information Minister Fawad Chaudhry that ‘abusing or accusing me’ over the issue of meeting with the Tehreek-i-Labbaik Pakistan (TLP) chief will do no good to the party.

Fawad, in a TV talk show, called Ejaz’s meeting with TLP chief Saad Rizvi soon after his release from jail last month “absurd”. He also questioned why the Senator did not visit the homes of the policemen, who were martyred (during the TLP long march).

The TLP was in the spotlight after the Sialkot incident as several social media activists linked the party to the incident, though the party has distanced itself from the lynching and condemned it.

Ejaz said “there will be no positive outcome of abusing or accusing people like me who believe in reconciliation and want to keep the door open for dialogue with a social and political reality of Punjab and Pakistan”.

The Senator, who is also PTI Central Punjab president, accused the senior party leadership of not being able to finalise stronger terms with the TLP during the negotiation process and added that the PTI government was then thrown to a weaker position.

“The government then had the lesser leverage after the protesters were allowed to go on marching and blocking roads for many days leaving several policemen and civilians dead.

Senator Ejaz said extremism had been prevalent in the country for many years and was not a new phenomenon. “It has been prevalent under both civil and military governments so we should be mindful of its root causes,” he added.

He asserted that dialogue, awareness, and education rather than alienation was the best way to reduce extremism in society and this had been his sole purpose in the last three months while being part of the TLP and government negotiations as well.

He said he had strongly and unconditionally condemned the Sialkot incident since day one. He said there was no space in Islam or Pakistani constitution for taking law into their own hands. He said the PTI government under the leadership of Imran Khan would make sure that justice would be delivered.

The Senator also said Fawad made the statement (against him) for publicity gains and a few thousand Twitter likes.

Speaking to media persons, Mr Chaudhry said he had visited Saad Rizvi, who is the chief of the political party, to ensure that the ruling party should stay in contact with political parties. He said the TLP had a different past as compared to other political parties for being never in power.

Asserting that a state was responsible to keep liaison with the masses to eliminate misunderstandings and ensure peace, the Senator said he always wanted that the Government-TLP agreement should be executed in letter and spirit that eventually happened with the release of Saad Rizvi.

Though earlier he claimed that he never met any political party leader without the permission of Prime Minister Imran Khan, the Senator retracted his statement on Monday saying that he had gone to meet Saad Rizvi on his own and not on PM Khan’s orders.

Senator Chaudhry had also stated that the PTI would support TLP candidate, if his party’s candidate for NA-133 by-elections Jamshed Iqbal Cheema was disqualified by the LHC.

However, this did not happen as the TLP did not field its candidate for the by-elections held on Dec 5. 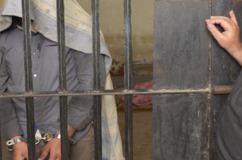