MUZAFFARGARH: Police on Sunday stopped a camel fight at Lundi Pitafi area of tehsil Jatoi and released water into the arena where the fight was scheduled.

More than 50 camels had arrived from different parts of Punjab to participate in the fight and millions were expected to gamble on it. Police cordoned off the arena and held a flag march.

A camel owner said the fight was stopped as it was being arranged by a PML-N politician while the camel fight had been done in Layyah and Bahawalpur districts by the PTI leaders.

He said that it was a recreation for villagers and there was no gambling involved. 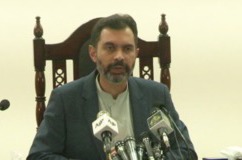