CHARSADDA: A litigant was killed when two brothers allegedly opened fire on him on the premises of Charsadda Judicial Complex here on Monday.

The attackers identified as Jalal and Niaz Ali were arrested by police soon after the deceased, Mohammad Sayab, was attacked. The alleged attackers were posing themselves as lawyers.

The deceased was facing a trial before the court of an additional district and sessions judge for an attack on the convoy of an MPA of Awami National Party, Shakil Bashir Umerzai, last year, which had left a policeman dead while the MPA had remained unharmed. The deceased was on bail in that case.

FIR of the incident was registered at Charsadda police station wherein a brother of the deceased Mohammad Sheharyar is the complainant.

The complainant had charged the two attackers, Jalal and Niaz, for the murder. He has also charged Shakil Bashir Umerzai and his two brothers, Khalil Bashir and Afzal Bashir, for the killing.

The incident resulted in an outcry by the legal fraternity and Khyber Pakhtunkhwa Bar Council announced to observe province-wide strike today (Tuesday) whereas the Charsadda District Bar Association announced strike for indefinite period.

The KP Bar Council’s vice-chairman Naeemuddin Khan and its executive committee’s chairman Haji Zafar Iqbal gave the strike call after consultation with other memebrs of the council.

They condemned the incident and demanded of the KP inspector general of police to takle concrete steps for making courts across the province safe for lawyers as well as litigants. 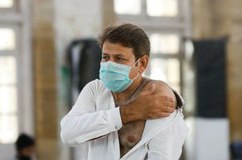